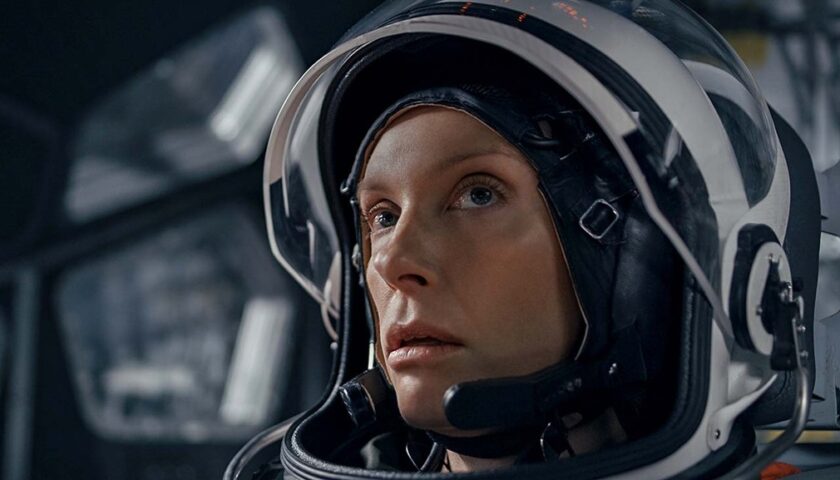 What’s the thing that a good movie director does? In a way, that’s a silly question, since good directors do a thousand things, and filmmakers are diverse creatures. But in an age of freeze-dried blockbuster storytelling, it’s important to remind yourself that a good director leads you through a story step by step, moment by moment, always creating an honest immersion out of human dynamics.

Joe Penna is that kind of director. He’s a natural; whatever “it” is, he’s got it. “Stowaway” is only his second feature, and like the first, “Arctic” (2018), which starred Mads Mikkelsen as an explorer stranded in the frozen wilderness, it’s a tale of survival in extreme circumstances. This one is an outer-space adventure, which these days makes you think that it must be a spectacle film, but Penna takes a mission to Mars and unfurls it on an intimate and direct emotional level. We always feel the characters could be us.

The movie opens during liftoff, with Penna taking a page from “First Man,” conveying the dread-ridden aspect of space flight through the volcanic tumult the crew members are subjected to. It’s as if they were strapped into a giant milk-shake blender; until the ship leaves the grip of Earth’s atmosphere, you feel it’s going to fly apart. There are only three crew members: Zoe (Anna Kendrick), a physician who’s a relative newbie in space (looking out the window, she grins at Earth like a happy child); Marina, the ship’s commander, played by Toni Collette with a been-around-the-block authority (and reminding you what she sounds like when she speaks in her hard flat Aussie accent); and David (Daniel Dae Kim), a gently officious botanist.

But, of course, there’s one more character. Collette’s commander spies a drop of blood on the floor, opens the panel above, and out tumbles the wounded and unconscious body of Michael (Shamier Anderson). Is he there by design? It doesn’t appear so — and, in fact, the answer is no. This is not a sabotage thriller. Michael is a launch-pad engineer who got stuck aboard, and badly injured in the process. The first thing that happens is that Zoe sews up the gaping gash in his side. The second thing is that he wakes up, wanders over by himself to the observation window, and freaks out when he realizes he’s no longer on earth, because he’s looking at it.

The specter of “2001” hovers over nearly every voyage-through-space movie — it’s there in the deliberate rhythms, the often muted personalities of the crew members, the inevitable let’s-play-repairman-outside-the-ship sequence, and, of course, the décor. Usually there’s a lot of white-on-white panels, but not always. (“Alien” was gray on metal.) And “Stowaway,” without doing anything radical, creates a convincing spaceship you haven’t seen before, just small enough that it feels like a joined series of capsules, with cramped modular doorways and walls and ceilings that have their wiry transistor guts exposed. Penna, who is from Brazil and started off as a protean YouTube video auteur (which he still is), avoids the traps of making a fanciful piece of gleaming sci-fi like “Ad Astra” or the recent “Voyagers.” “Stowaway” is a modest genre film that stays tethered to flesh-and-blood concerns.

Michael, with his serene stare and acerbic manner (he teases David about liking bebop, which Michael thinks is noise), doesn’t want to cause trouble. He volunteers to do grunt work, and Hyperion, the imposingly named corporation whose flight this is, agrees to hire a caretaker for Michael’s sister back home. So what’s the conflict? The CDRA is damaged — a device that scrapes carbon dioxide out of the air. That means the ship is running out of oxygen. The mission, which will take five months to reach Mars, can’t last with four people; three is the limit. David agrees to harvest his precious algae samples, which represent years of research (as he never stops reminding people), but one day his containers are full of green water, and the next day the water is brown (read: dead). The situation points to one and only solution: Somebody — the stowaway — has to die.

“Stowaway” introduces an ethical dilemma that turns around and around in your head. Is Michael’s life less important because he’s not one of the crew members? Of course not. Yet saying that doesn’t solve the problem. Because if the sanctity of his life — of everyone’s — is respected, then all four people aboard will die. What would you do?

That’s a dramatic question, but the film introduces another option in the form of a spectacular, heart-in-the-throat, vertigo-inducing sequence in which Zoe and David climb the tether that juts out of the ship, sticking up into space like a rope stretched to the heavens. They’re trying to see if there’s any liquid oxygen left from the ship’s liftoff. And the sequence plucks your anxiety strings in a most delectable fashion. (It makes getting stuck at the top of a Ferris Wheel look like standing on a step ladder.)

In the end, there’s something a little tidy about “Stowaway.” It reminds you that one of the marvelous aspects of “Gravity,” the great space movie of our time, was how open-ended it was. (George Clooney sailing off into the blackness was not exactly closure.) Yet Joe Penna knows how to make a movie that holds you without being pushy about it. His voice as a filmmaker comes through, even in a genre as studded with commercial tropes as this one. When he finds with the right project, I predict that voice will be heard by moviegoers around the world.