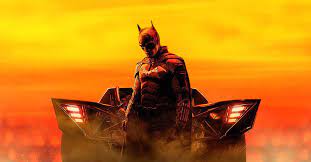 As director Matt Reeves repeatedly emphasized in several interviews before its release, “The Batman” is a detective noir with a dark atmosphere from beginning to end. If you look at scenes reminiscent of David Fincher’s Se7en, the appearance of corrupt Gotham City’s public power, politicians, and mafias, you also can enjoy this film as a crime drama. Godam City’s gloomy appearance, created by director Matt Reeves, is fantastic. Thanks to the ability of Greg Fraser, the cinematographer of “Rogue One” and “Dune,” the overall visual beauty of “The Batman” is next level compared to average superhero movies. The script written by Matt Reeves and Peter Craig is also commendable.

As soon as the movie begins, it welcomes the audience with an event that lays out the main plot of the film. Despite the 176-minute running time, which is nearly three hours long, there is no useless scene. It boldly omits Batman’s origin and presents a young Batman who has only been active for two years. It feels as if Reeves is responding to criticisms imposed on Zack Snyder’s Batman, such as “He did not make good use of Batman’s detective aspect” and “Batman is a murderer in this”. Reeves emphasizes Batman’s ‘Detective’ identity as much as possible and shows the philosophy of “not using a gun” through dialogue and action.

It does not make mistakes that “Batman v. Superman” made, such as packing too much storyline in the movie, or being too focused on setting up the sequel.

Director Matt Reeves have teased a potential sequel, but at the same time, he argued that the first film should be able to work & stand on its own. Director Reeves’ work, The Batman, succeeded in creating an impressive work with the story of Batman’s growth, relationships with new characters, and Ridler’s murder game. Warner Brothers, who had to go through a lot of critical or commercial failure due to excessive interference in the production of films such as Justice League and Suicide Squad, turned to guarantee the freedom of creators as much as possible. As a result, a work that reveals Matt Reeves’ ambitious vision was born.

Over the past few years, DC has disappointed a lot of people, and it is also true that it has become difficult to see DC go up to the same position as Marvel and compete with them. However, recently, films such as “Joker” and “The Suicide Squad,” masterpieces that utilize DC’s unique personality and creator’s vision have appeared, and “The Batman” seems to have no problem standing next to it. I hope that Matt Reeves will be able to complete a trilogy that utilizes his vision safely without following the path of SnyderVerse. Now DC has found its own way, not just copying Marvel. And “The Batman” is another step toward that path.