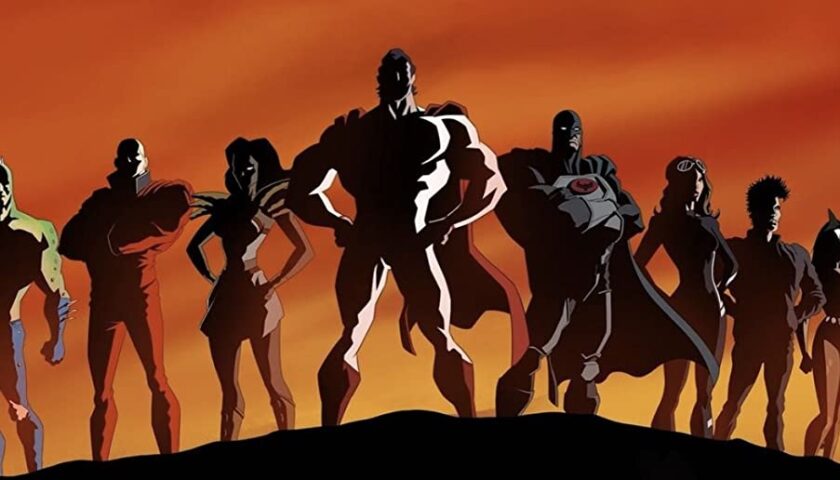 The term bootleg originated from the time-honored trick of hiding weaponry or contraband down the long leg of a high boot, but it has since taken on a new life in descriptions of media. The term comes with a certain negative connotation, but anarchic producer Adi Shankar is granting bootleg the respect it deserves.

Guardians of Justice was dropped subtly on Netflix on a Tuesday morning with almost no fanfare, but the bizarre spectacle of the series probably needs little help finding its audience. This is a passion project, a labor of love, and the fact that it made it to a major streaming service at all is a miracle.Adi Shankar is the most interesting producer in Hollywood, bar none. His likes and interests are splattered across the screen with uncritical glee with most of his works. Castlevania is his flagship project, a beautifully violent adaptation of the classic video game franchise that delighted fans and newcomers alike. After four fantastic seasons, Shankar has been handed the reigns to his beloved Devil May Cry, indie hit Hyper Light Drifter, and Player Unknown’s Battlegrounds of all things. Shankar’s personal brand is defined by his Bootleg Universe company; originally best known for unlicensed short films crafted from pop-culture mainstays like Punisher: Dirty Laundry. Bootleg Universe has moved on from reimaginings of existing properties, and into something more like Watchmen-style deconstruction of the superhero comics ethos. Though its main target is the Justice League, Guardians of Justice is a glowing monument to Shankar’s work as a filmmaker.

Guardians of Justice takes place in an alternate history, which split off from the known timeline shortly after World War II. This Earth descended swiftly into World War III which threatened to end all human life, but the disaster was halted by alien Übermensch Marvelous Man. The hero of the ages rallied other heroes to his banner to form the Guardians, and as a team, they defended the planet from ever-escalating over-the-top threats.

Forty years after WWIII, Marvelous Man takes to the screen and shocks the world with his public suicide. As humanity mourns, the hero’s widow proclaims that his seemingly straightforward death hid depths of malicious intent. Honorary second in command Knight Hawk begins the solemn work of investigating the death of mankind’s favorite hero. Every hero is a suspect and the clock is ticking, only bringing the killer to justice will cool the rising tides of nuclear war and save the world.

Though the series was released on Netflix, this has the unmistakable feel of an internet project. No one can make a budget stretch quite like Adi Shankar, so despite this show’s clearly reduced price tag, it looks like nothing else. The show tackles live-action, CGI, western animation, anime, claymation, stop-motion, 8-bit video game pastiche, and much more without ever slowing down. Every shot could be an entirely different medium from the shot before it. The visuals are strong, if occasionally distracting. Fight scenes are occasionally marked by health bars floating over henchmen, kills are often heralded with the familiar cry of “Finish Him”. There is some really impressive dedication to wild ideas in this series, but it also occasionally feels cheap. Marvelous Man’s bitterly grounded suicide is swiftly capped off with a Mortal Kombat “Fatality”, which slightly weakens the impact. Humor isn’t the focus here, but there are a lot of funny moments established through the graphics.

The cast list is a bit shocking to look at, but the first name should stand out to fans of Shankar’s work. Professional Wrestling legend Diamond Dallas Page delivers a stellar performance as Knight Hawk, a role that was clearly written around his growly voice and intimidating presence. Sharni Vinson, star of You’re Next, plays the teams’ Flash-alike The Speed admirably straight. Former Swamp Thing Derek Mears plays Awesome Man, with the powers of seven Gods.

A few members of the team are a bit one-note, but there’s a ton of smart superhero deconstruction throughout the cast. Shankar also appears in the production as a billionaire businessman and supervillain. Big names like Denise Richards and Andy Milonakis show up in brief, but effective roles. The cast overall acquits itself well, and the assignment involves playing this very straight. The show takes some somber directions and the cast is game for the big emotions.

This was unmistakably a project that Adi Shankar had to make. It’s the high point of his Bootleg Universe concept. He may never get to make his Batman, his Superman, or his Justice League with studio approval, so he did it himself. Even for its faults, Guardians of Justice represents a better view of creativity. When faced with the IP-dominated world of modern Hollywood, Shankar has evolved past banging down doors and demanding the reigns. He’ll do it himself, and he’ll do it in a way only he can get done.