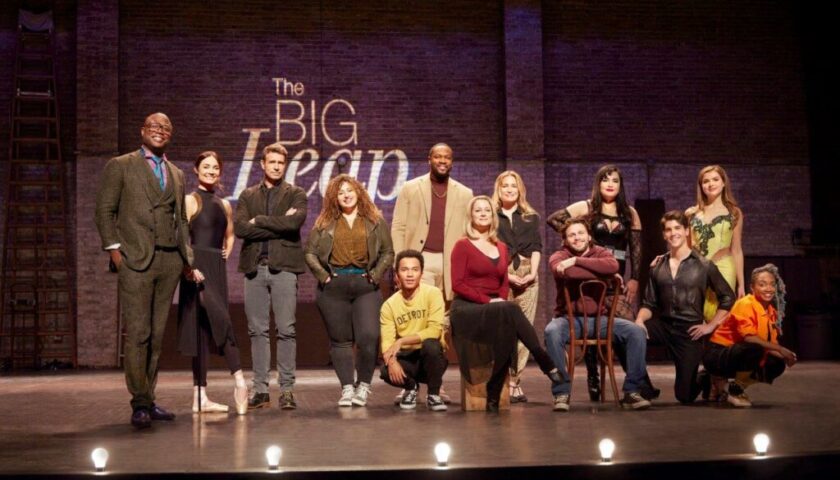 Though its quality fluctuated too wildly over its four seasons to ever be truly great, Lifetime’s UnREAL was possibly the most cynical show ever made for television. And there’s greatness in that. UnREAL looked at reality TV with a gasoline can in one hand and a match in the other, painting a portrait of a genre uniting sadists and masochists under the banner of slick capitalism.

Fox’s new dramedy The Big Leap is, on some level, like a version of UnREAL made for a broadcast network with a heavy reliance on reality TV. It isn’t completely without cynicism, but it’s very localized cynicism within a show that, at its heart, still believes that no matter how contrived “reality” might be, it’s still a genre capable of changing the lives of its participants for the better — say, by contributing to the renewal of Detroit and successfully mounting an entertaining production of Swan Lake.

That’s a lot of, well, big leaps to buy into, and maybe that’s why The Big Leap worked for me fairly well as a comedy and felt pretty hollow at every turn as an inspirational drama, though in this broadcast landscape “half-success” almost counts as “success.”

Created by Liz Heldens, The Big Leap is a story of second chances. A new Fox reality series of the same name is coming to Detroit to recruit a cast of amateur dancers with the goal of staging the aforementioned Swan Lake. The gimmick is that this isn’t an elimination show, though two of three episodes sent to critics revolve entirely around auditions and eliminations. Perhaps aware that Fox would never, under any current circumstances, make a show as ostensibly wholesome as the fictional Big Leap, producer Nick (Scott Foley) has been brought in to stir up soap opera hijinks and mini-scandals.

Fortunately, the aspiring contestants give Nick plenty to work with, and they’re the real focus of the series, most of them battling multiple forms of adversity. There’s plus-size Gabby (Simone Recasner), who set aside her dancing dreams when she got pregnant at the end of high school. This in turn caused her to stop talking to her former boyfriend Justin (Raymond Cham Jr.), whose own dancing dream died when his father kicked him out of the house after he came out as gay. There’s Mike (Jon Rudnitsky), whose entire personality changed when “they” shut down the auto factory where he worked, causing him to lose his joy and his wife, Paula (Piper Perabo), who beat cancer and may have been responsible for pushing Mike into the gig economy. There’s disgraced NFL star Reggie (Ser’Darius Blain), recruited by Nick for his star power and his immediate chemistry with Gabby. There’s Julia (Teri Polo), a former ballet dancer now doing social media posts about the wonderful journey of growing old, which isn’t such a wonderful journey.

Overseeing the entire mess with Nick are judges/producers Wayne (Kevin Daniels) and Monica (Mallory Jansen), neither especially pleased that this is where their respective dance careers have landed them.

Wayne and Monica are skeptical, but their skepticism comes from the value they put on their own dance experience. The cynicism that infuses the show-within-the-show comes from Nick and his role in fabricating love triangles and ginning up situations that prioritize bickering and in-fighting over the participants’ real struggles. The behind-the-scenes maneuvering plays as a Cliffs Notes version of the detailed manipulations in UnREAL, but it’s still entertaining because Foley is funny and likably amoral, rather than irredeemably venal. It takes almost no time for The Big Leap to soften Nick to the point that he barely comes across as adversarial, much less villainous, in a show that’s so soft it rarely feels like it has any stakes at all. Even COVID-19 is presented as a thing that happened, contributed to some rough times, but no longer exists in any tangible way.

There’s a version of The Big Leap that aspires to something grittier and rawer, that actually captures Detroit as a character and gives the human characters more nuance than “Between outsourcing and the Lions, life is tough right now.” Heldens’ background includes a long stretch on Friday Night Lights, and you can see how The Big Leap might be a sort of Friday Night Lights, only with ballet — except that the series completely sells out the emotion for comedy.

I’m not at all sure, incidentally, that that’s completely a bad thing. Jason Winer, director of the early episodes, plays to his strengths. Those strengths primarily involve bringing out the humor as much as possible, whether it’s pitching most of the performances in the direction of humor or editing around punchlines instead of the show’s more serious beats. Whether it’s Julia confronting her husband about his porn addiction or Paula pulling another character into the bathroom to look at her double mastectomy or nearly anything involving Gabby’s layers of vulnerability, almost every scene has an easily imaginable alternate take in which tears are prioritized over laughs. So it’s easy to understand why I chuckled a lot at The Big Leap but never felt even the slightest stir of sentiment.

The series is also hampered by the directors’ difficulties determining how to depict the actual dancing. Other than Cham, whose hip-hop moves are tremendous, I’m not sure I could tell you if any of the other actors can do anything with their feet at all. The countless training and auditioning montages keep the focus on the actors’ faces, which invariably accentuates one kind of performance over something more holistic. As to whether the group could star in a watchable production of Swan Lake, it’s safe to assume that they could not. Onward!

In addition to the pleasures of watching Foley snark about reality TV conventions, the show’s primary attraction will be Recasner. In her first major TV role, she has an instantly relatable comic openness and a welcome vulnerability that go a long way toward overcoming how superficially written the character Gabby is. She and Blain have a sweet chemistry, but no real heat. For that, I again blame the writing because Blain is playing Reggie as a misunderstood nice guy, which requires the audience to accept that a football player who throws cinder blocks into hecklers’ cars and beats up civilians is really just a sweet puppy dog.

Jansen, Daniels and especially Rudnitsky are much better when their characters are being funny than when there’s an effort to make viewers actually care. Perabo clearly has to push in that comic direction opposite Rudnitsky, hinting at a relationship that will exist only because the writers want it to, not because of internal logic. Polo is stuck with the show’s only character written without any levity at all, and her storyline becomes a preachy slog.

So far, The Big Leap has just enough cleverness to work as a lighter version of UnREAL. Maybe the lack of dramatic underpinnings will be to its benefit. UnREAL became frustrating when it felt like the show was betraying its own dark vision, so perhaps keeping The Big Leap airy will be a hedge against disappointment.