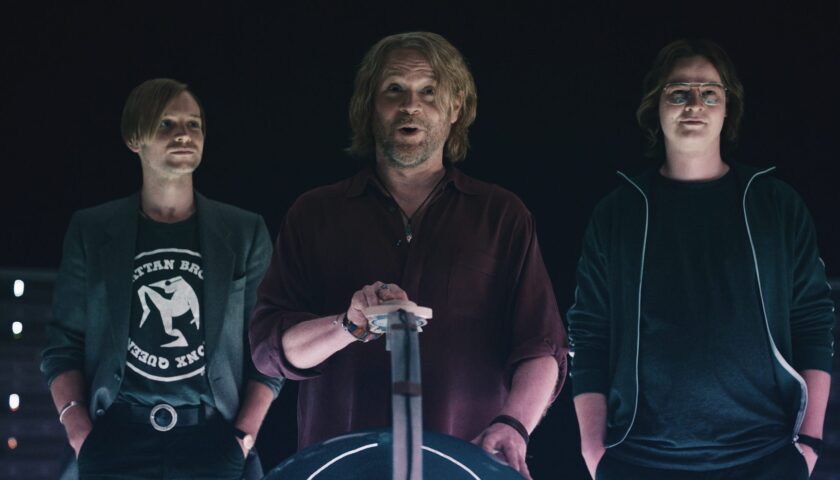 The belligerent lawyer from the big corporation asks, ‘How could you even claim you did this years ago when experts today have signed on paper saying that it was an impossible task, given the computing power available at that time?’

The duo, who now have many, many differences between them, answer, ‘Because we had a vision, we imagined how amazing it would be and solved the seemingly impossible.’

The Billion Dollar Code will remind you of the story of the Winklevoss twins who lost out to a more aggressive Zuckerberg, of designers who were treated badly by Steve Jobs, of people who helped create Microsoft and found themselves behind the other guys who made millions. The Winklevoss twins have now become Bitcoin and NFT trillionaires, but for every success story, there are losers who dreamt big but came up short.

It took 25 years for two such ideators to sue Google for their idea of what today is Google Earth. Would you believe if a couple claimed their algorithm is the basis of all kinds of navigation Google is supposed to have made possible?

The four-episode series will show you how tough it can get for two dreamers to actually stop a big corporation and ask for their place in the sun. We see two middle aged men, who have been shattered in their personal lives because of what happened between them share their stories. What started as an art project could have been revolutionary, but ended up as a heap of broken trust, and more than that, broken dreams. Artist Carsten Schlüter (Mark Waschke) and hacker Juri Müller (Misel Maticevic) tell the story of their program called Terra Vision.

Imagine Superman flying around the globe when his spidey senses begin tingling (you know what I mean) and he is able to figure out exactly where and who needs help.

That sounds like what Google Earth now does, right? But now imagine that this idea occurred to two crazy geeks – an artist with a vision and a hacker who could program that vision – at a nightclub, years before Google was even a name to reckon with.

Their hesitation of sharing their deepest feelings, their humiliation of being labeled ‘losers’, and the sense of betrayal between friends is so real, you will be forced to stop the show and think of that friend who betrayed you, the one person you trusted and how he broke that trust.

The lawyers for the big corporation, challenge them to prove that they could do such a ‘cool’ thing (he blusters, we have experts who can prove that it couldn’t be done with machines you had then). But you have seen how they sneaked past the guard into the offices of that one government agency who had that powerful computer and tried out and it worked! How they went with just an idea and got funding from a telecom company because they sold their dream to them…

Reminds you how you tried to sell your idea to a venture capitalist, no? You were hoping they would see value in your dream, but all they want is ROI numbers.

Younger versions of the two men tell you the story of a new Berlin in 1993, after the falling of the Berlin wall, and how everyone was wanting to create a new, revolutionary world. Young artist Carsten (played by Leonard Scheicher) has to prove to his professors who call his program “Pac-Man shit’. Juri (Marius Ahrendt) helps him fulfill that dream by fixing the program and they soon become the toast of the world. Naturally, they go to the hippie nerd homeland called Silicon Valley and are amazed by the people they meet and explain their dream of connecting the world with the Internet.

Carsten drags Juri who is so bedazzled he wants to work with Silicon Graphics and Google in California back to Berlin with a promise that they would create Silicon Valley in Berlin. I was so touched by the simplicity of having an espresso machine ‘just like silicon valley’, it made me look at the one sitting near the dining table in my home again. These are small milestones that they perceived made them look like a cool silicon valley startup.

There is a wonderful TV series called Halt and Catch Fire which tells us the show of another dreamer called Joe MacMillan who wanted to create a PC that did not cost as much as the IBM ones and wanted them to be more powerful. This tale of David and Goliath also will keep you riveted through its four seasons.

In The Billion Dollar Code, their lawyer – played convincingly by Lavinia Wilson – knows exactly how the big brother is going to try and gobble up the two little fish. While the case proceeds with the same kind of pressure tactics that corporations will employ (why did you take so long to sue us, do you have proof that we stole the code, how they were developing these in parallel and so on), I loved how the show smoothly and seamlessly shifts between 1993 and 2017 to tell us this story of friendship, loyalty and justice.