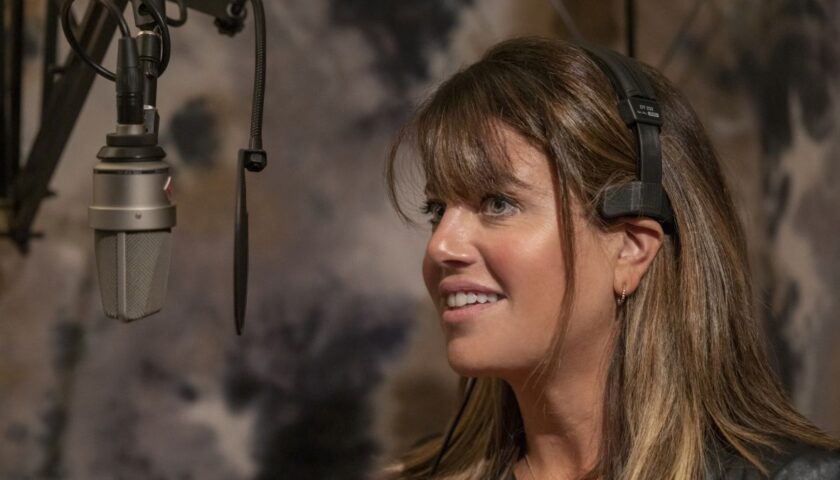 The best parts of HBO Max’s latest documentary, “15 Minutes of Shame” have less to do with shaming and much, much more to do with the innate failures of humanity, which in effect leave viewers in a place of relative hopelessness — a shrug emoji made manifest.

Executive produced by Monica Lewinsky and Max Joseph, the film attempts to give insight into the way that the internet and social media feed into the modern methods of public shaming and the rise of “cancel culture.” Those groundswells of judgement are so vitriolic and widespread that it sometimes results in ordinary people, whether they made a mistake or were simply in the wrong place at the wrong time.

Lewinsky knows all about going from an anonymous citizen to the center of a scandal resonating on a global stage overnight. And Joseph is no stranger to internet culture, as a filmmaker best known for his time spent hosting MTV’s “Catfish,” about people who entered into relationships online while obfuscating their true identity.

Despite their expertise, “15 Minutes” struggles to document the stories of those everyday individuals who found themselves at the center of an internet flashmob. The stories are sad and the empathy felt for, say, the Amazon third-party seller who ended up with 17,700 bottles of hand sanitizer during the pandemic or the woman who posted on (her private) Facebook about how Trump voters should give up their ventilators should they contract COVID-19, is real. It’s just that there’s a far more compelling story unfolding in the film.

Specifically, the idea that there has always been public shaming and, most likely, always will be. This isn’t revelatory on its own, after all what was the fabled expulsion of Adam and Eve from the Garden of Eden if not the world’s first public shaming, made all the more effective because the pair had just learned what shame was moments before?

Public shaming, then, has always been humanity’s standard operating procedure, with the earliest of ancient communities, following principles based on equal distribution of resources, openly punishing those found to be hoarding, serving as discouragement to others who might be tempted to engage in such greed. Pillories, tar-and-featherings, scarlet letters — throughout history we’ve seen society engage in and expand public shaming, eventually entering the modern age and tabloids, paparazzi, clickbait, and now, social media.

But if the internet has expanded and enhanced public shaming, it’s only because that’s what happens to anything on the internet. While in many ways, that’s a boon, offering platforms for disenfranchised and discriminated people to boost their voices and join the conversation, yes, it’s also weaponized and used to spread hate and fear. And that’s not a consequence the internet invented, either. The same thing happened with nearly every technological advancement in human history. If something is created to foster communication between people, someone will find a way to use it hurt others.

When Lewinsky comments on her own time in the public eye, she sources the issue to the distribution of the Starr Report online, remarking that there was no handbook for being publicly shamed on the internet. But in this equation, it’s not the internet that’s the problem. Fuller transparency in government proceedings is ultimately a good thing. It’s the people that are the problem.

These ideas are jumbled together throughout the film, leaving it feeling overlong — despite an 86-minute run time — and narratively disorganized. It’s only toward the end of the documentary that it begins to feel emotionally engaging, at which point it becomes an examination of unprovoked online harassment campaigns, as well as the systematic weaponization of social media by Silicon Valley companies in order to rake in billions of dollars and remaining completely immune to any harmful or terrorizing action taking place on their platforms.

In truth, it’s the victims of organized online harassment, often sans any provocation beyond existing in a world that would rather you didn’t, that feel the most compelling and deliver the most existential dread. Taylor Dumpson and her tale of being targeted by white supremacists after being elected student government president at American University in 2017 served as a chilling reminder about the consequences of unchecked hate. If being cancelled (for lack of a better term) seems like blundering onto a landmine field, then harassment campaigns feel like being hunted by a thousand snipers, just waiting for a clean shot.

The documentary struggles because its most persuasive argument is for it to be a completely different film. Public shaming as the status quo might make it louder, but it doesn’t necessarily make it substantially transformed for what it’s always been. Meanwhile, strategic harassment with global implications, as facilitated by the most powerful and untouchable companies in the world, is a waking nightmare that we find ourselves already mired in.

“15 Minutes of Shame” wants to tell a story about modern public shaming. So it’s a shame that it’s so much more adept at telling every story but that.