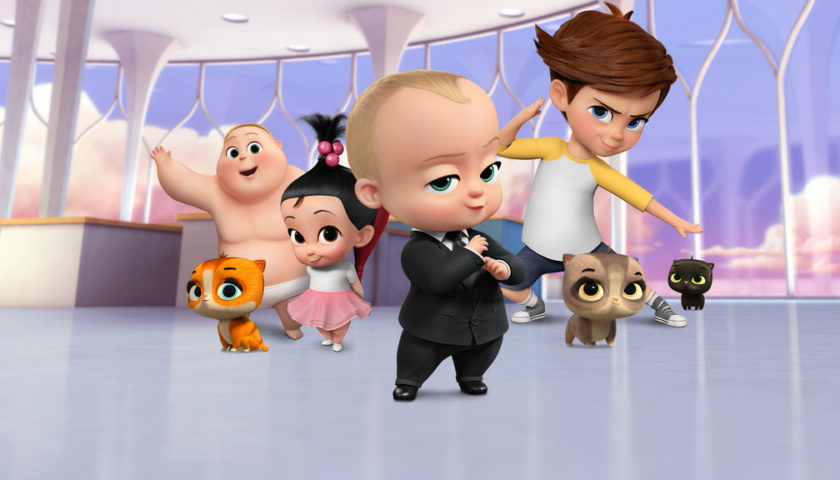 Review: The Boss Baby movie was good, funny, but was inconsistent with its plot with information given that was contradictory to what was said earlier in the movie. But this television series, The Boss Baby: Back in Business, was much better, funnier and I can’t think of any plotholes throughout the whole series. The series consists of 13 episodes on Netflix. Most episodes of the show revolve around the Boss Baby, Tim, and the crew (Staci, Jimbo, and the triplets) making sure people love babies. Boss can look at his little heart meter to see the level of people around town to see how many people are loving babies. There is an over-arching plot of this series where a man by the name of Bootsy Calico who plays the villain uses kittens to take over the town, so the babies must defend their city. The voice actors sound practically the same even though they aren’t. My favorite characters are Staci and Boss. I’d love for there to be another season of this show.

This is an example of how to do family entertainment correctly. There is nothing outright offensive, meaning it is suitable for all ages. It has jokes that all ages can enjoy, meaning the entire family can watch without anyone becoming bored. There is an overall plot-line throughout the series, however individual episodes also have well-defined plots motivated by a meaningful message. The voice acting is good, and the animation is charming and of a consistently good standard. On top of this, it also hints at more adult topics without actually touching on them, blurring the difficult line between challenging children with more adult content or sheltering them. This is definitely a win for Dreamworks Animation!