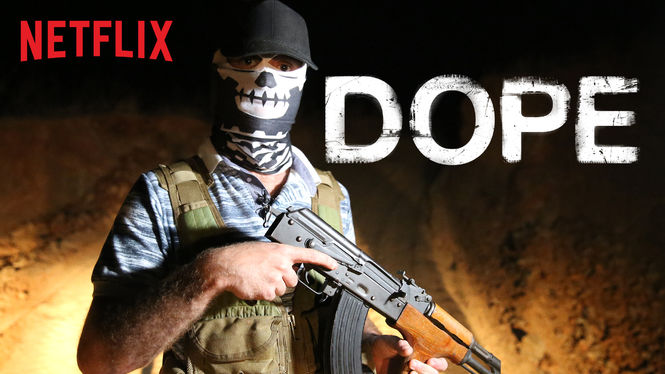 Review: If there’s one subjects documentaries love to cover it’s drugs. Whether filmmakers are telling harrowing tales of addiction and loss through the eyes of the people who have suffered the most or jumping behind the wheel of a cop car, a countless number of shows and movies have been devoted to the production and effects of America’s drug problem. But rather than focusing on one small fraction of this epidemic, Netflix‘s latest series wants to cover it all. By exploring the cat and mouse cycle of drug dealers and authorities in four areas across America, the docu-series Dope acts as Netflix’s answer to true crime cable shows.

There’s nothing particularly groundbreaking about Dope. The docu-series comes from Dickon Le Marchant, the director of the show Drugs, Inc., and it retains the same vaguely gimmicky tone as its National Geographic peer. Three of the docu-series’ four episodes focus on a different section of America battling its own drug problem — cocaine in Oakland, heroine in Baltimore, and the war over marijuana that continues to be fought at the U.S. Mexico border. The fourth and final episode takes a more grandiose approach, exploring how the drug industry has affected the sale of guns. Dope doesn’t necessarily have anything to say about America’s drug problems that hasn’t been said many times before — a problem that documentaries about this particular subject often tend to run into. However, Dope shows its stories both from the eyes of the drug dealers and the law. This narrative structure goes a long way to make the series more exciting than it would otherwise be.

This dual narration is without a doubt the best part of Dope. In the show’s first episode, “America’s Cup of Coffee,” the docu-series opens on El Capitan, a coke distributor who delivers a lot of his product using an RV he’s confident the cops don’t know about. Within 10 minutes, the episode reveals that the cops do in fact know about the drug peddling RV as well as several other details about the dealer that would likely make him uncomfortable. There are tons of bird’s eye view moments like this in Dope, and when they happen, the series is a lot of fun. However, the series also has a soundtrack that sounds like it was stolen from Dog the Bounty Hunter, so you know. Take the good with the bad.

Dope isn’t must watch TV, but for viewers who love insane true crime cop shows, it’s sure to be a hit. There’s undercover police work, shady masks worn by drug dealers, and a female pimp named Ambrosia who will likely have a Netflix Original based off her life one day. If you’re in the mood for something dramatic that you don’t have to pay a ton of attention to while you overeat, there are worse options than Dope.