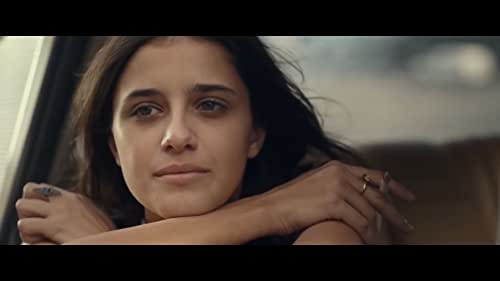 “After that summer, nothing would be the same,” says Edo (Emanuele Maria Di Stefano), the narrator of “The Catholic School,” Stefano Mordini’s worryingly watchable, stylistically polished account of the lead-up to the tawdry and brutal real-life incident known to Italians as the Circeo Massacre. It is a curiously light beginning for a film that will end in an upsettingly extended sequence of torture and sexual violence, and it points to the queasy contradiction Mordini never resolves, between the painstakingly re-created, rueful coming-of-ager his film mostly is, and the unflinchingly ghoulish true-crime sadism-horror it suddenly becomes.

It is Rome in 1975, and Edo, along with the sons of half of Rome’s wealthy, untouchable elite, attends a private Catholic school in the suburbs. The boys are introduced to us, rather confusingly en masse, but eventually the unwieldy screenplay, co-written by Mordini and Massimo Gaudioso, Luca Infascelli, and based on the sprawling, multi-perspective book “La Scuola Cattolica” by Edoardo Albinati (the “Edo” of the film), pulls a few personalities out of the general impression of undifferentiated, good-looking, reckless Italian youth.

There’s Gianni (Francesco Cavallo), who is involved in a cruel incident early on — of course the most beautiful boys are the worst of the bullies — which gets him hauled before the headmaster, who is quickly, insinuatingly, bought off by Gianni’s father, Raffaele (Ricardo Scamarcio). At home, however, Raffaele makes violently clear his displeasure with his son, not because of the bullying itself, which he never mentions, but because Gianni has made him “look like an asshole.” There were rules, muses Edo in voiceover, but they were only ever randomly enforced and so the boys learned simply to behave as though there weren’t any and take punishments as and when they arrived.

There’s Arbus (Giulio Fochetti), the smart one with the cool mom (Valeria Golino) and the pretty sister on whom Edo has a crush. There’s Pik (Alessandro Cantalini), the blond with the manic eyes of an incipient school shooter whose mother is an erstwhile movie star (Jasmine Trinca) who is herself having an affair with one of her son’s schoolmates, the motorcycle-riding, leather-jacketed Jervi (Guido Quaglione). And there’s pious, quiet Gioacchino Rummo (Andrea Lintozzi), who comes from a family of observant Catholics, except maybe for his sister Lia (Beatrice Spata), who furtively masturbates by night and looks longingly at Jervi by day.

And so on and so on: “The Catholic School” may be emulating the scope of Albinati’s 1,200-page opus in featuring so many mini-storylines, but compressed into a feature film, it translates to scrappiness, an impression not helped by the film’s subdivision into chapters that switch distractingly between countdown formats, from “5 months earlier” to “130 hours earlier” to “2 months earlier,” etc. In the middle of this plethora of character and this welter of incident, we’re expected to do math?

The intention, as Edo’s narration makes clear more than once, is to contextualize the upcoming crime within the framework of 1970s upper-crust Italian society: the unthinking machismo, the virulent homophobia, the blatant misogyny, the religious hypocrisy and the insolent privilege that allowed such evil to flourish. “Violence was everywhere,” Edo’s narration claims; also that being born male was “an incurable illness.”

But while the period is cleverly evoked (Grazia Materia’s subtle costuming is a particularly effective signifier), and Luigi Martinucci’s gently antiqued, brooding cinematography initially creates a certain sinister ambience, reminiscent of Donna Tartt’s “The Secret History,” the film’s narrative runs counter to its grander intentions. Not only is there not nearly enough commentary on the church’s role to justify the title (though there is one nicely pointed cut between a finger probing a navel and the administering of a communion wafer), but the kids we get to know best are the ones who were exposed to the exact same forces as the killers — and in some cases far greater tragedies — yet did not end up raping or murdering anyone.

So were the three young men responsible for the crime products of their social, familial and religious backgrounds or were they aberrant monsters acting entirely according to their own twisted natures? Mordini’s film, by oscillating between these two views, attempts to have its cake and torture it too. And somewhere, a bit obscured by all the retrospective soul-searching, all the furtive flirtations and rite-of-passage dramas the young men undergo, there are the two victims (given heartbreaking dimension despite underdeveloped characterization by Federica Torchetti and Benedetta Porcaroli). “The Catholic School” is about a landmark event that stunned a society, changed Italian rape law, and apparently blighted the lives of all who knew the killers, but it’s strangely uninterested in the two people for whom truly, after that summer, nothing would be the same, on account of one of them being dead and the other stuffed into the trunk of a car alongside her friend’s corpse, just very barely alive.