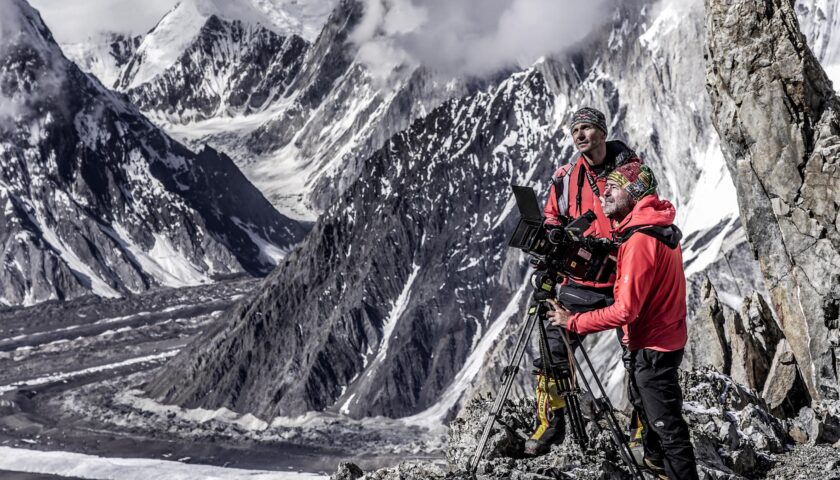 Maciej Berbeka wanted to climb K2, not Broad Peak, but the weather refused to cooperate with the 1988 Polish expedition. Alek Lwow and Berbeka didn’t want to return home empty-handed. They convinced expedition leader Andrzej Zawara to let them attempt nearby Broad Peak in a fast, alpine-style push.

What happened next on Broad Peak would mark Berbeka’s life forever and earn its place in the storied history of winter high-altitude mountaineering. As of today, the film airs worldwide on Netflix. That means that 212 million subscribers in 190 countries get to learn about Berbeka’s fate.

What happened is something familiar to climbers even nowadays. He climbed and descended the mountain, believing he had reached the top. But like many others, he had stopped just short, at the deceptive Rocky Summit.

Just missing the summit broke his heart. Although the physical wounds of his two nights in the open healed, the feeling of failure, frustration, and betrayal persisted for 25 years. Then in 2013, a new opportunity arose to finish what he had started.

“Broad Peak” is the story of Berbeka and the poorly phrased “conquest” of the winter 8,000’ers. It is about the Polish Ice Warriors who dominated winter high-altitude mountaineering in the 1980s. It also depicts a time when the mountains were wild and climbers dealt with extreme suffering and the raw awareness of possible death. But is is also a reflective look at loss and yearning, an ethical debate on friendship and deception, and fate.

Watching the film also requires a conscious effort to return to the 1980s, not so long ago and yet seemingly eons removed. Here, events unfolded much more slowly, mountains were climbed in loneliness, and a parallel, inner expedition occurred inside the men’s souls.

The bluish patina in which this film is lit like an old photograph evokes this distant view. The dialogue is brief and pointed, with not a word too many. Meanings are expressed through looks rather than words or gestures. Realistic enough, in a gale-swept winter camp, or on a summit pregnant with foreboding and destiny.

The atmosphere is true to the time: the tents, the equipment, the old anoraks, woolen caps, and ski goggles…We see worn-out men with gaunt faces, sunken eyes, and frozen beards. And yet there are no histrionics, no overpowering egos, no artificially dramatic speeches.

Despite some small licenses, the film depicts the story of winter Broad Peak as it happened, and when it happened: in two acts, before and after the fall of the Iron Curtain in the austere 1980s, and in the 2010s, during the revival of the National Polish Winter team, featuring a new generation of young guns. Adam Bielecki still has his dreadlocks.

Overall, the sense of authenticity is almost shocking to watch, especially in this era of brightly colored mountain videos, Instagram stories with motivational platitudes, and heavily filtered summit selfies. “Broad Peak” is about the unbearable cold, slow progress on endless snow ramps, the breathtaking beauty of the Karakoram, and a climber trying in vain to escape his fate.

The sense of reality is the result of a thoroughness that resorted to no shortcuts, neither technical nor in the storytelling. The film, directed by Leszek Dawid, has been in production since 2014. It drew on many, many hours of interviews, thousands of pages of documentation, and filming in dozens of locations from the Alps to Broad Peak itself. There are no green screens here, only actual altitude and extreme conditions, with real climbers involved in the production.

On Broad Peak, in particular, the film crew, assisted by professional climbers, reached 5,600m. From there, they used drones, a helicam, and a full-sized helicopter with a gyroscope-equipped camera.

They aimed to tell a story about an epic climb that surpassed, in its rawness, any fictional film.

“We wanted to show the viewer the state of mind of a climber who, in extreme circumstances, is wholly devoted to climbing and loses the sense of physical inconvenience,” the producers explained. “We want to illustrate the state when a person is so absorbed in fighting with oneself that nothing else matters.”

Overall, the film might leave those looking for video game-like climbing, with heroic characters in bright Gore-Tex armor, fast-paced mountain action, grand speeches, and triumphant endings, slightly disappointed. But real winter 8,000m climbing is a slow game of chess against death. Teamwork is the best chance of making it back alive, but success or even survival is not guaranteed.