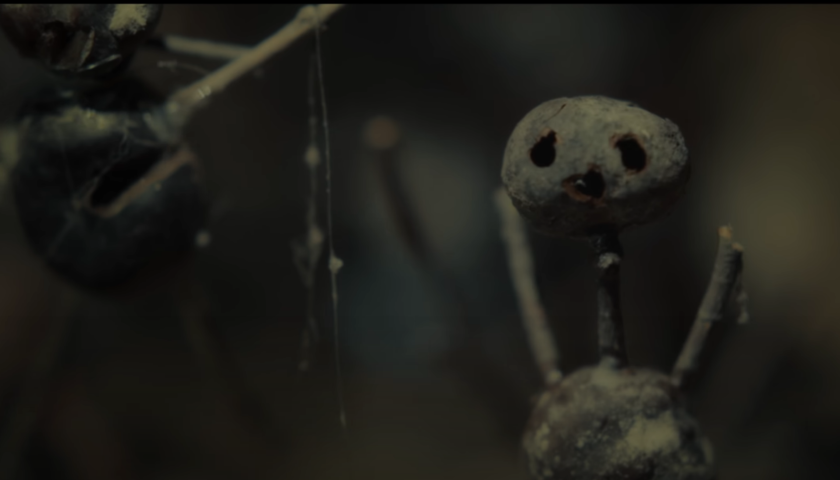 The Chestnut Man’ is a thrilling crime mystery series filled with suspense. It follows two detectives trying to uncover the mysterious killings happening in the quiet suburb of Copenhagen. The series begins when a young woman’s body gets discovered in the playground. The young woman was brutally murdered, and one of her hands is missing. Next to her lifeless body lies a small doll made of chestnuts and matchsticks. Young detective Naia Thulin and her new partner Mark Hess is on the case, trying to find a clue to unmask the serial killer. Soon, the two stumble upon a piece of evidence that links to the case of the missing daughter of politician Rosa Hartung. Rosa had been missing for a year and was presumed dead.

With a brutal murderer on the loose, Thulin and Hess must hurry before the serial killer strikes again.

The crime mystery thriller is based on the debut novel by award-winning writer Søren Sveistrup, which has been translated into 28 languages and published in 50 countries. Sveistrup is the same brilliant mind behind ‘The Killing,’ a Danish police procedural drama.

“Netflix has shown a strong, genuine interest in my book, and I’m excited about the deal and confident that Netflix will be the perfect place for [it],” says Sveistrup in a statement.

”After the success of “The Rain,” we are excited to announce our next Danish Original, which will be building on the great tradition of Nordic Noir,” Tesha Crawford, director of Netflix International Originals in Northern Europe, said in a statement.

“We were instantly compelled by the strong story and Søren’s voice. We are happy to continue the collaboration with SAM Productions and are looking forward to bringing ‘The Chestnut Man’ to our global audience.”

Netflix has finally unveiled the teaser trailer for ‘The Chestnut Man,’ the upcoming Nordic noir from the creator of ‘The Killing.’

The creepy and dark crime series follows two detectives on a hunt for a serial killer who leaves chestnut figurines near the victims’ bodies.

The series will have six episodes produced by SAM Productions (Ragnarok) and directed by Mikkel Serup (The Killing) and Kasper Barfoed (The Lost Treasure of the Knights Templar).

‘The Chestnut Man’ is coming to Netflix on September 29, 2021. The series will be available for Netflix subscribers all around the world.

Filming for the series began in September 2020. It is unclear when the Danish series wrapped filming, but Netflix has released its teaser back in June 2021 along with the announcement that the series will arrive in the Fall of 2021.

Two months after, the official trailer for the series gets released confirming the September 29, 2021 premiere date for ‘The Chestnut Man.’