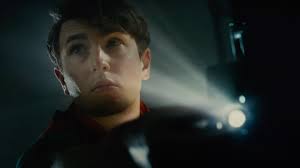 Engaging story of growing up with a passion for seeing the world cinematically. With the feeling of Neil Simon/Woody Allen, the storyline moved along but the casting of two main characters was like cement shoes.

Michelle Williams who can be a real tour de force on the big screen, was simply an unsympathetic and boring character. It was as if she only has a narrow range for acting– which probably is not true but it was true in this movie. She was flat (too much botox?), unexpressive (except her dialogue) and definitely did not look the part. Rachel Brosnahan (Marvelous Mrs. Maisel) or a young Bette Midler would have brought pathos and animation to her role. With the exception of one or two scenes, MW was not even remotely credible.

Similarly, the father was sweet and boring but not nearly obsessive, quirky, distracted or otherwise the “absent minded professor” that he was supposed to be. We only knew about his character again, through the dialogue– not the acting. However, hard to know if this was the fault of the script or the actor, or both.

Otherwise, the movie was entertaining. Some great cameo roles. There are few laugh-aloud moments and a generally good plot making it more pleasant to see this film rather than all the war/destruction of the world/superhero or other violent movies that seem to dominate the theaters. If Speilberg’s name had been kept anonymous, I doubt the reviews would be so glowing.