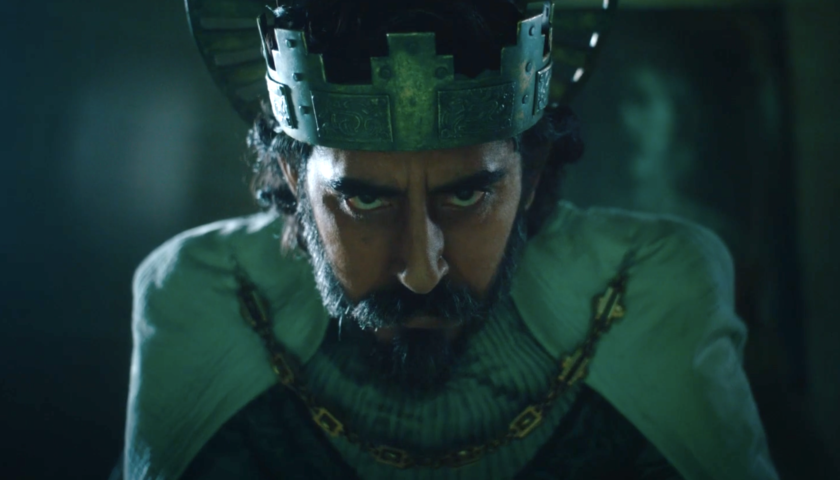 A24 has released the first trailer for “The Green Knight,” a medieval fantasy with giants, talking foxes and a brave knight played by Dev Patel.

Directed by David Lowery (“A Ghost Story,” “Pete’s Dragon”), the upcoming fantasy film will tell the story of Sir Gawain (Patel), King Arthur’s headstrong nephew and Knight of the Round Table, who embarks on a quest to confront the eponymous Green Knight (Ralph Ineson), a gigantic green-skinned stranger.

Based on the 14th-century poem “Sir Gawain and the Green Knight,” Gawain will come face-to-face with ghosts, giants, thieves and schemers, all while learning to define his own character and prove his worth in the eyes of his family and the kingdom.

“And what do you hope to gain in facing all of this?” Joel Edgerton’s kingly character named Lord asks of Sir Gawain in the trailer.

The film was scheduled to have its worldwide premiere at SXSW followed by a theatrical release in May 2020 before the COVID-19 lockdown. It will now hit theaters on July 30 2021.