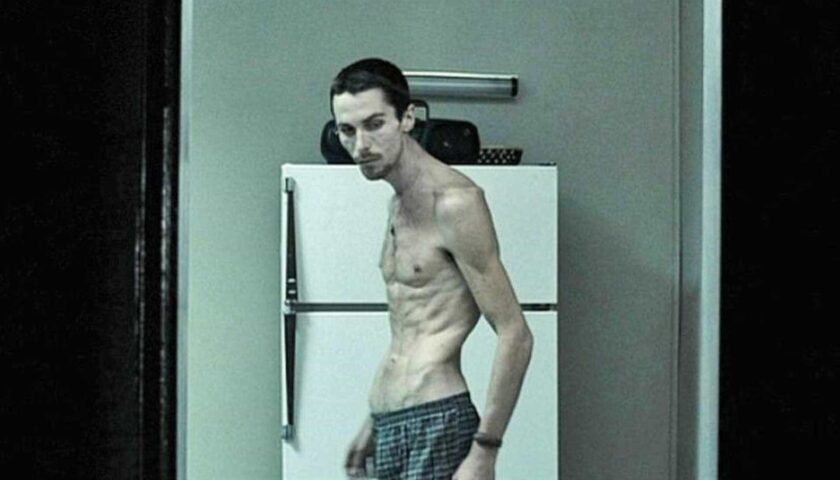 It’s a common rule that people subconsciously decide within the first ten minutes whether they like a movie or not. It didn’t even take me that long to know that I would be intrigued by “The Machinist”.

The set up is perfect. It’s adorable how the movie constantly establishes new plot points without ever getting tedious. As the story goes on it gets hard to believe that the ending will be able to explain everything and you start pondering that there can only be one possible conclusion for all the weird events. It may be disappointing at first to learn that your predictions are probably dead-on and you might go: “Not that old twist again.” The beautiful thing, however, is that there’s an explanation to the twist that really adds a lot to the concept. Much later, when you’ve already left the theater and you rethink the whole thing, you’ll find that the script is much cleverer than you had thought at first. To me the biggest achievement of the movie in retrospective is, that it’s never creepy just for the sake of freaking the audience out (and hell, the carnival-sequence is so friggin creepy and well made, it’s delightful). Every scene has its purpose and that is not often the case in horror and mystery movies.

Although the whole cast did a fine job, Christian Bale’s terrific performance must be mentioned. Usually I’m annoyed by stories about actors losing or gaining weight in preparation for a role, because mostly it’s uncalled for anyway and not even worth a mention. What Bale did to prepare for “The Machinist”, however, is nothing short of heroic. He lost 60 pounds and looks so unhealthy throughout the whole movie that it’s hard to believe he turned into himself again after the director yelled “cut!”.

I can recommend “The Machinist” to anybody who’s looking for a movie that keeps you intrigued longer than just during its running time. If after 10 minutes you like the movie, after days you’ll find yourself still obsessed with it. I love it, when a movie does that to me!