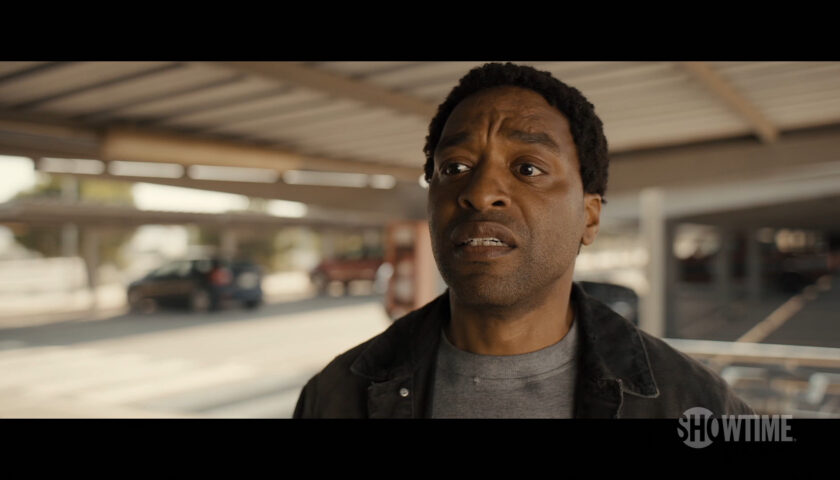 If The Man Who Fell To Earth doesn’t ring a bell, I implore you to check out the 1976 film starring David Bowie by filmmaker Nicolas Roeg and based on the novel by Walter Tevis (The Queen’s Gambit). A surreal and odd film, it has remained a cult classic for almost fifty years because of its unique take on the idea of an alien coming to Earth and living amongst us. This new interpretation of the story stars Chiwetel Ejiofor as another alien whose experience on our planet is updated for our social media era replete with on-the-nose references to illegal immigrants and more. At times funny and darkly prescient, The Man Who Fell To Earth is far less revolutionary than the 1976 version but remains unique compared to other tales within the science fiction genre thanks to the excellent performances from the cast.

Like its predecessor, this version of The Man Who Fell To Earth centers on an alien who comes to our planet seeking water to save his dying world. When he arrives, the alien transforms his appearance and adopts the name K. Faraday. While the opening episode begins by showing us Faraday (Chiwetel Ejiofor) giving a speech to a full arena, the bulk of this story is told as a flashback as he reveals his true story to the crowd. While he appears as an Elon Musk or Steve Jobs level tech guru in the opening, it is the flashbacks that inform us where this story wants us to go. Showing Faraday crash in the oil fields of Los Alamos, New Mexico, we immediately are shown how this literal alien is perceived by the residents of the rural American Southwest. Unable to speak English and unfamiliar with the customs of our world, The Man Who Fell To Earth finds plenty of humor in the confusion while never becoming silly.

Echoing some of the fish out of water elements from classic alien stories like E.T. The Extra-Terrestrial and John Carpenter’s Starman, The Man Who Fell To Earth doesn’t shy away from a slightly grittier and darker take than those aforementioned films. At the start, Faraday can only mimic the humans around him and seems like he may suffer from autism or some form of disability which is at once endearing as well as offputting. We know he isn’t human, but seeing how the people around him interact in his early days serves as both a message about how we treat those different from us as well as our fear of the unknown. Faraday soon forges a relationship with single mother Justin Falls (Naomie Harris) who helps him discover more of his humanity. The interactions between Faraday and Justin anchor much of this story and showcase solid acting from Ejiofor and Harris, two of the best working today.

There is also a direct connection to the 1976 film with Bill Nighy taking over the role of Newton, originally played by David Bowie. Serving as a teacher and surrogate father figure to Faraday, Nighy evokes the otherworldliness that Bowie brought to the character while also balancing it with his learned humanity. Ejiofor takes a different approach to play his character but it clearly is inspired by what Bowie did before him. The supporting cast here is also very good, especially Jimmi Simpson and Kate Mulgrew as government agents tasked with tracking Faraday. Simpson has played good villains over the years and he will easily rank as a hated character for anyone watching this series. There are also great turns by Martha Plimpton as one of the first humans that Faraday interacts with, Clarke Peters as the infirmed father to Naomie Harris’ character, and Rob Delaney as Hatch Flood, a character you have to see to believe.

The first four episodes made available for this review come from the now frequent creative team of Jenny Lumet and Alex Kurtzman. The pair have worked together on the film The Mummy as well as the CBS series Clarice and the upcoming Star Trek Strange New Worlds. Kurtzman also serves as a director on this series which never tries to replicate the style that Nicolas Roeg brought to the film version, but this also is not presented as a static, workmanlike project either. The special effects are well done and the editing work lends a slightly surreal and off-kilter feel to the proceedings. It also serves as a tribute to the late Bowie with multiple episodes named after the musician’s most famous tunes. But, the series also falls prey to what Kurtzman and Lumet struggled with on Clarice: a lot of the elements of this story feel like filler that could have been left out to make a more impactful story. The ten-episode series sometimes feels about two episodes too long, but if you are invested by the third episode, you likely will not have a problem with these lingering subplots that aren’t really necessary.

I really enjoyed this series more than I expected to. As a fan of the movie, I am glad this series serves as both a sequel and a standalone production that never tries to replicate what made the feature film so unique. It is also a rare production that manages to be funny as well as insightful. There is a central theme about the environment and taking care of the planet that never bashes you over the head or comes across as preachy. In 1976, the concept of a planet dying due to global warming and lack of water seemed like science fiction and in the 2022 take, it seems far too probable and realistic. Still, The Man Who Fell To Earth has a lot to say about everything from technology and science to faith, social media, and more. This is a dramatic tale that will make you laugh as much as it will make you think about the world around you.