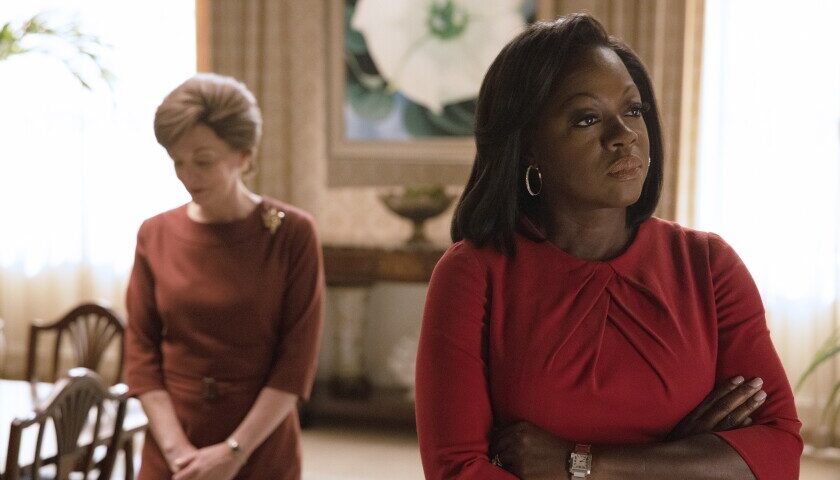 Everything about Gaslit (StarzPlay) is at the pinnacle of prestige television as it stands in 2022. It is based on a highly acclaimed podcast, Slow Burn (the Watergate season); it is a period drama that looks the business; it reframes a well-known historical story; and it is led by A-list movie stars, in this case Julia Roberts and Sean Penn. Once, this combination of ingredients would have made Gaslit a rare delicacy. Now, it joins all the other shows that mix similar elements and hope to alchemise them into something wonderful.

Gaslit tells the story of the Watergate scandal, starting in January 1972, five months before that infamous break-in at the DNC headquarters. Plenty of people saw the clip of Dan Stevens on The One Show that went viral recently. “What you’ve got is a criminal for a leader who is wrapped in a messy war, embroiled in a stupid scandal and surrounded by ambitious idiots and really should resign,” he said, leading up to a punchline you could see coming from Mars.

Wearing dark contact lenses, Stevens plays John Dean, a junior counsel at the White House, who finds himself tangled up in an increasingly fraught plot to spy on the Democrats, in order to gather intelligence on what the other side is up to in the run-up to the presidential election. In its early stages, at least, Gaslit proves to be a show of two halves. The attorney general, John Mitchell (a heavily transformed Penn, buried beneath layers of chins), leads a merry rabble of semi-idiots whose criminality is comically inept. They smoke, glower and borrow from the Thick of It school of creatively foul insults, though it never quite has the guts to go far enough, settling for outrage over wit. People are accused of doing terrible things to their sisters. “You’re gonna have to get your dick out of the butter churn on this one,” says Mitchell, ordering Dean to clear up the mess.

It plays many of the macho antics for comedy, which works well, because it is often dealing with belief-defying stupidity. G Gordon Liddy –played by Shea Whigham with a moustache so impressive it should get its own special award at next year’s Emmys – is an Apocalypse Now-style menace, a sage spouting nonsense who likes to hold his hand over a burning flame. (This isn’t light on symbolism, and those familiar with the Martha Mitchell side of the story will spot many signposts along the way.) The scene in which he is challenged over the definition of a gemstone is pure silliness, and very funny.

Watergate and Nixon are a familiar story to many, though, so in order to breathe some fresh air into it, the series takes a sideways glance, using “mouth of the south” Martha Mitchell (Roberts) and her husband as its way in. Martha Mitchell is, to all intents and purposes, the lead character here, and Roberts knows it. She is fantastic as the Washington wife and media personality who doesn’t play by the rules. “Get another wife if you want a silent one,” she snaps, when her husband tries to stop her from publicly expressing her views that the president is a liar and a cheat.

Roberts is so good, in fact, that you miss Martha when she is not on screen, and she is not on screen enough. She is known as the “mouth of the south” for good reason, and freely airs her opinions on the Vietnam war and the administration behind it. She charms journalists, despite being told not to speak to the press, and sashays around the house testing the limits of the mischief she attempts to make. “You don’t do anything in secret,” says her daughter, gently setting up the justification – though few would call it that – for the horrors about to befall her.

This side of the story is superior to the Four-Lions-at-the-White-House farce of the break-in, and it is far more intriguing, though it is fun to see Chris Bauer (of The Wire and The Deuce fame) as the half-chilling, half-bumbling James McCord. There is just a slight sense of unevenness. Episodes will air weekly, and there is a long wait for Martha to truly take centre stage, which feels like a waste of Roberts. When the story does take a turn into darker territory, at the end of episode two, the shift is a welcome jolt of energy – and once it begins to grip, it doesn’t let go. Gaslit has taken its ample ingredients and turned them into a very good, very watchable drama that steadily finds its feet.