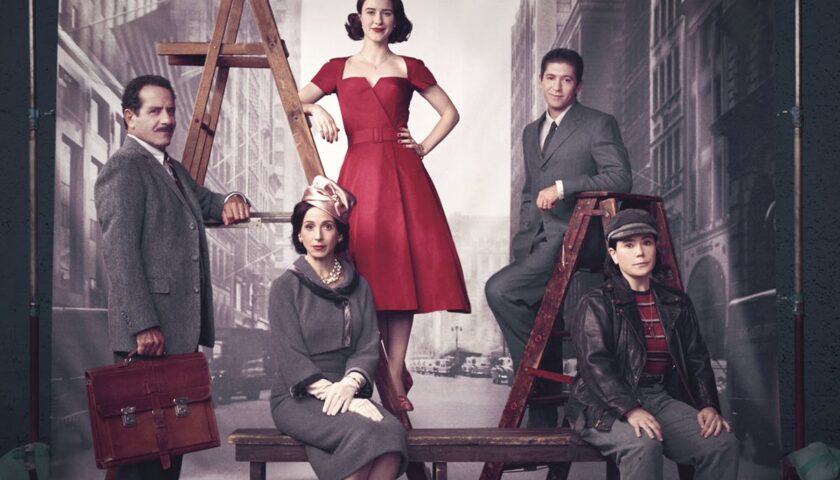 The Marvelous Mrs. Maisel first premiered on Prime Video back in early 2017 as a pilot Amazon users could test out before the powers that be officially ordered a full season. That pilot was effervescently charming thanks to its creator, Gilmore Girls alum Amy Sherman-Palladino, and her long-time husband/collaborator, Daniel Palladino. The titular Miriam “Midge” Maisel (Rachel Brosnahan) was a spirited Upper West Side Jewish-American princess who had manage to orchestrate the perfect life for herself. That is, until she discovered her aspiring comic husband Joel (Michael Zegen) wanted a divorce. Incensed, Midge gets drunk and returns to the club where Joel was meant to perform: the Gaslight. There she takes the stage and becomes an immediate alt comedy legend. From there, Midge embarks on the revolutionary path of being a female comedian in 1950s New York City.

The Marvelous Mrs. Maisel Season 4 begins in the aftermath of Season 3’s explosive finale. Midge had set herself up as the opening act for Shy Baldwin (Leroy McClain), a massive music star, and was about to leave with him on a European tour. However, Shy’s manager Reggie (Sterling K. Brown) dumps Midge from the tour on the tarmac because she essentially outed the closeted gay singer while on stage at the Apollo. Midge, who does not take kindly to set backs, has a temper tantrum over this. Does she pause and consider that she might have been in the wrong for exposing her employer’s personal secret for laughs? Nope! She instead clings to the knowledge that the crowd loved it and tells her manager Susie (Alex Borstein) that she will only do shows where she can be unfettered on stage. (That is, Midge only wants to riff. In a time when that was still a new idea. At a moment where she has effectively blacklisted herself.)

I wish I could say that Midge embarks on a fascinating character arc that justifies her childish behavior or that The Marvelous Mrs. Maisel finally doubles down on making her the unlikely villain of the show. The problem is Amazon only sent out a few episodes for review, so I don’t know where Season 4 is going after its lackluster start. As someone who used to be a huge fan of The Marvelous Mrs. Maisel, it gives me no pleasure to share that the show is now fixated on its characters complaining problems of the characters’ own making. In one episode, Midge literally thinks her biggest problem is not getting free milk. Worse, the once guillotine-sharp dialogue that made the Sherman-Palladinos favorites amongst TV snobs has been replaced with nonsensical dialogue that constantly loops back on itself. (I guess there’s one good joke about Norman Mailer, but it’s at the expense of the wife he stabbed.)

There is something fascinating about self-destructive artists. Renegade thinkers who constantly get in their own way. Another show about female comedians, HBO Max’s Hacks, seems to know how to juggle depictions of selfish comics with profound storytelling and actual jokes. The Marvelous Mrs. Maisel once had a grasp on that balancing act, but the focus seems to be solely on aesthetics now. Midge’s fabulous clothes get more attention than her rambling comedy act does. So if you like watching The Marvelous Mrs. Maisel as a look book, you’ll still find it appetizing. As a groundbreaking comedy about the growing pains of being in comedy, though, it’s long lost the thread.

I sincerely hope that The Marvelous Mrs. Maisel Season 4 finds a way to bounce back from where it is now. I know that Midge will be fine. Sherman-Palladino heroines always are, no matter what. I just wish the show I used to love could find its path back to greatness.