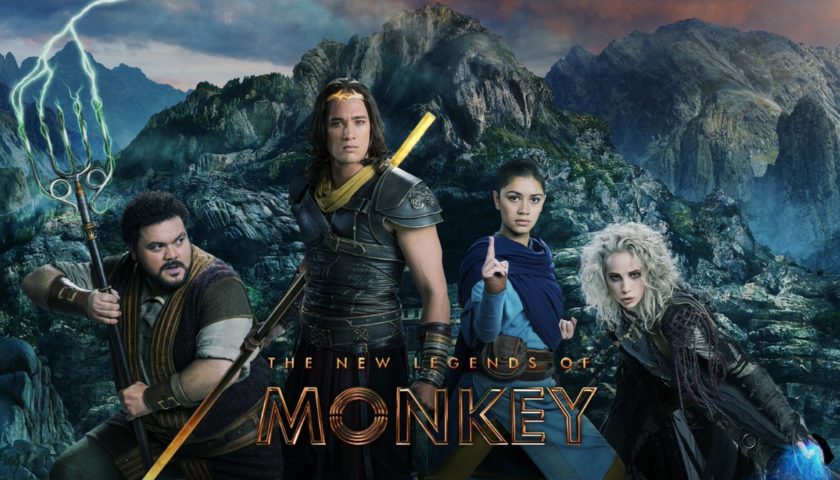 Review: I don’t know about you but I like fables. They also bring that feeling of the ‘good old days’. Well, this Netflix co-produced series is inspired by the 16th Century Chinese fable about a journey to a region set in the west side. In the show, we follow a teenage girl who poses as a monk and a trio of fallen gods. They embark on a dangerous journey in order to bring an end to a demonic reign of chaos and restore order back to the world.

In the first episode, we see Tripitaka, who is the chosen monk, in a monologue as she takes us through what’s going on in the world. She then welcomes a group of warriors who are hatching a plot to free the Monkey god who will save the world from chaos that the demons have put the world under. Not everything goes as planned and a demon ambushes them and steals the crown that would have freed the Monkey god.

Tripitaka, played by Luciane Buchanan, survives and goes into hiding. She will eventually free the Monkey god but this god is unlike your typical Thor. The show is very comical and there are several scenes that will leave you laughing. One of the exchanges between Tripitaka and a goddess named Sandy is quite humorous, “I’ve been in hiding for all this while, do you know why?” she asks, then Tripi responds with “No, why?” and Sandy’s response is, “I also don’t know that’s why I’m asking. I’ve forgotten entirely.” Yea, I know right? How does a powerful goddess forget why she’s in hiding? It beats me too.

The episodes are short enough for you to consume quickly and doesn’t waste the plot on complex storylines. The Monkey god is released in the first episode, the other two gods are revealed within three episodes. It’s clear who the key characters are pretty fast.

The show from the 80s was popular in South Africa, Japan, Australia and New Zealand. That is why, if you’re looking for something with more serious dialogue and otherworldly graphics, you will be disappointed. It feels cheesy for most parts but that is because it’s supposed to appeal to a less serious audience, teens and young kids.

It’s a worthy family show and you won’t be too bored. Catch it on Netflix.