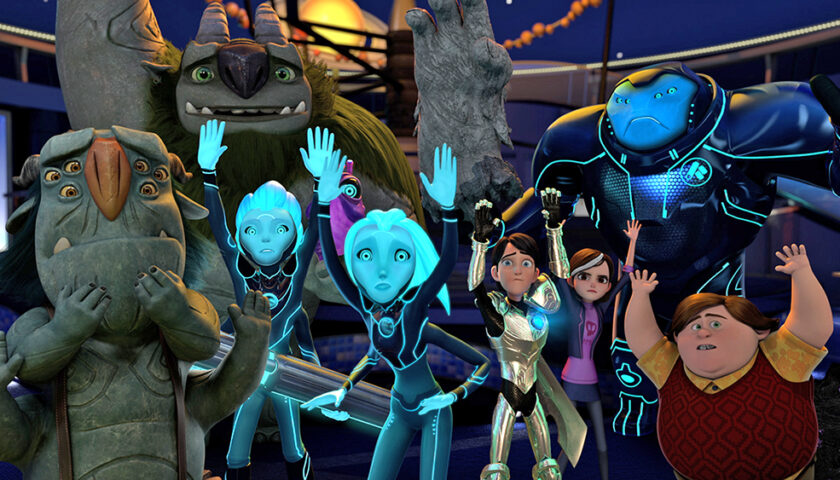 Both series and characters were created by Guillermo Del Toro himself. Guillermo Del Toro is famous for his previous work on such films as Hellboy, Pacific Rim, and Blade 2. Trollhunters: Rise of the Titans is a full-length feature film, said to follow the events of Wizards and scheduled to release on July 21, 2021.

The series follows Jim Lake Jr., the first-ever human being called to be a Trollhunter. He is a human mortal who stumbles across a war fought in the shadows to defend the world of the good Trolls and that of mankind. At his side are his best friends, Toby Domzalski, and Claire Nunez. On the Trolls side are Blinky and AAARRRGGHH!!! Together, this band of heroes go on to save the world countless times in the original Netflix series, Trollhunters: Tales of Arcadia.

Trollhunters: Rise of the titans is considered to be the final adventure for Jim and his pals as the world becomes endangered by the rising of this new threat. The fate of the supernatural, magical, and extraterrestrial worlds are at risk of being lost to these Titans.

In 3Below: Tales of Arcadia, the series follows Princess Aja Tarron, Prince Krel Tarron, their extraterrestrial pet, and their bodyguard Vex. Vex and the royal siblings must find a way to repair their spaceship after crash landing in Arcadia Oaks while trying to save their parents. Meanwhile, their home planet, Akiridion-5, was taken over by General Val Morando. It comes to light that Vex was actually a traitor and Zadra, a royal protector of Akiridion-5, takes his place. 3Below introduces the ever expanding universe of aliens to the series, who will join forces with Jim and his gang of heroes in Rise of the Titans.

Wizards: Tales of Arcadia brings in more magic that is expanded upon from the first series of Trollhunters: Tales of Arcadia. This series brings a clashing of the previous two series to a head as trolls, aliens, and wizards fight for control of the enchanted world surrounding Arcadia Oaks.

In this Netflix series, Merlin’s long-time apprentice, Hisirdoux Casperan, gathers the group of heroes to journey back to the 12th century. Here, it is the time of Camelot, where the heroes must attempt to save history while trying not to mess up their futures. As they return to their future, Jim is infected by a dark magic.

The group has to find a way to cure him while trying to stop the Arcane Order from wiping out mankind from existence. The series was even made into a video game called, Trollhunters: Defenders of Arcadia. You can catch Trollhunters: Rise of the Titans on Netflix, this Monday after fathers day. This is the final installment to the Tales of Arcadia series, created by Guillermo del Toro.