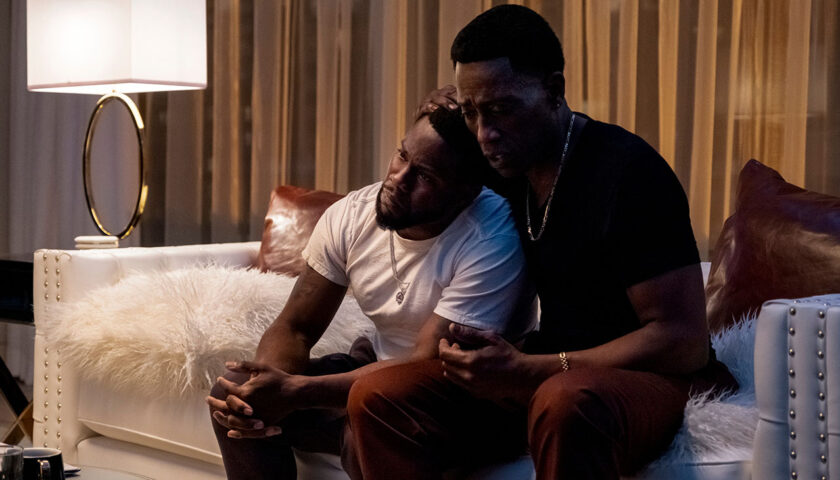 Two brothers — a world-famous comedian (Kevin Hart) with everything to lose and a failed schemer (Wesley Snipes) with nothing to call his own — must suddenly scramble to hide a body. It does not go very well. The same can be said for True Story, a seven-episode thriller that offers a serviceable showcase for Hart’s dramatic-actor ambitions but ultimately undercuts its own mystery with well-worn tropes and distracting leaps in logic.

Hart plays Kid, an international comedy superstar whose sci-fi blockbuster, The Anti-Verse, just crossed $1 billion at the box office. During a tour stop in his home city of Philadelphia, Kid hits the town with his big brother Carlton (Snipes), a charismatic entrepreneur who relies on Kid to fund his (failed) business ventures. They drink hard, and in the blackout hours things go sideways. The premiere ends with a genuinely shocking twist, one that instantly makes Kid and Carlton’s situation exponentially messier.

Like any mega-celebrity, Kid has an entourage — which naturally makes hiding an unsavory secret even harder. The comedian’s overprotective manager, Todd (Paul Adelstein, dependably appealing despite being burdened with an odd, shaggy wig), pegged Carlton as a freeloading troublemaker from day one. Kid’s hyper-vigilant bodyguard, Hersch (Black Lightning’s Will Catlett), is always hovering nearby; and the star can’t go anywhere without seeing his overeager superfan, Gene (Sons of Anarchy’s Theo Rossi), a nice guy who nonetheless seems a little off.

Created by Eric Newman (Narcos), True Story (premiering Nov. 24 on Netflix) follows a fairly standard path, meting out obstacles that prevent Carlton and Kid from putting their terrible, horrible, no-good, very bad night behind them. Along the way, the story meanders through a few dangling subplots, most notably involving comedian and actress Tawny Newsome (Space Force, Bajillion Dollar Propertie$), who’s largely left to linger on the narrative fringes as Billie, Kid’s talented and underutilized writer. Increasingly indispensable character actor Billy Zane burns brightly — and way, way too briefly — as Ari, a shady friend of Carlton’s whose flippant humor sets Kid’s teeth on edge. He’s quickly usurped as an antagonist by a pair of thinly drawn Greek mobsters (John Ales and Chris Diamantopoulos) who are, at best, scary on paper.

Hart has made no secret about his desire to segue into dramatic acting, and True Story generally succeeds in that mission. Playing a world-famous comedian from Philadelphia certainly isn’t a huge stretch for the star, but Hart brings a compelling urgency to Kid’s increasing desperation — and his burgeoning anger at all the people who never stop needing something from him. With his haunted gaze and smooth charm, Snipes elevates Carlton into more than a shifty hustler stereotype. He’s a proud man whose resentment of and attraction to his brother’s celebrity weigh on him in equal measure.

But both actors can only do so much when the script can’t quite make Kid’s descent into darkness wholly convincing. The misadventure ends with an almost laughably implausible action sequence, followed by an epilogue that lands somewhere between thoughtfully ambiguous and anticlimactic. With this project, Hart proves he’s more than just a funnyman, but if he decides to try drama again, he’d do well to find something that takes story a bit more seriously.