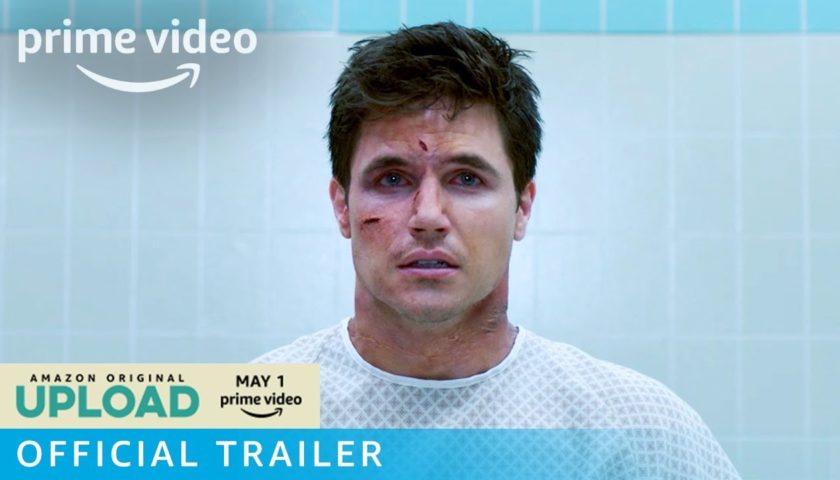 “Upload,” a new series created by Greg Daniels for Amazon Prime Video, follows in a robust recent tradition of shows using the tools of science fiction to tell a fairly elemental story. This one is about a person “uploaded” into a digital heaven but finding that his problems only multiply once there, looks, if you squint, a bit like other recent shows in which our protagonists are dead and ambivalent about it. It might be “The Good Place,” but less philosophical; or “Forever,” but less in control of its tone; or the “Black Mirror” episode “San Junipero,” but, unfortunately, just not that good.

For all that “Upload” uses a setting — an afterlife whose pleasures come at a cost — that by now we know can bear fruit and generate intrigue, the only thing on the show’s mind seems to be keeping its story going. The most meaningful ambiguities come in the form of mystery around the story of Nathan (Robbie Amell), a fellow who seems to have been murdered for reasons whose obscurity doesn’t make them more compelling. Nathan, amiably blank, seems to have no overarching opinion about the situation in which he finds himself other than that it’s unusual; Nora, his “angel,” or designated customer-service representative (played by Andy Allo) seems to be falling for him, but it’s unclear what, precisely, she’s seeing.

Around them plays out a world too often feels rushed (as with Nathan’s dreadful, materialistic girlfriend, a first draft of a character played by Allegra Edwards) or simply gross. Consider the case of a foul-mouthed young lad, dead and uploaded, who seeks to grow out of stasis and ends up, for convoluted and uninteresting reasons, growing breasts. It’s an opportunity for a non-funny sight gag but also a sidestepping of the show’s implications. We’re told (in another less-than-laughable laugh line) that this young man died in a fall off the Grand Canyon; that this is tragic is far less important to the show than that a young boy character, ever the same age even as he keeps learning the ways of the world in the afterlife, can curse.

Similarly, Nathan and Nora’s story — so potentially rich in thorny questions and built around an impossible dynamic — never gets off the ground at all. The strangeness of their situation might have, under other circumstances, prompted the show to work hard to sell their pairing, but neither Amell’s performance nor the writing of Nathan (written as a passive and incurious fellow, he’s played as such, more even perhaps than intended) help open up that relationship or the world around it. What glimpses we get of “Upload’s” electronic heaven seem at least beholden to a sensibility, however nasty; more often, we’re stuck with Nathan, a less-than-compelling Virgil leading us through a journey past life that’s, by now, become familiar enough to read as cliché.