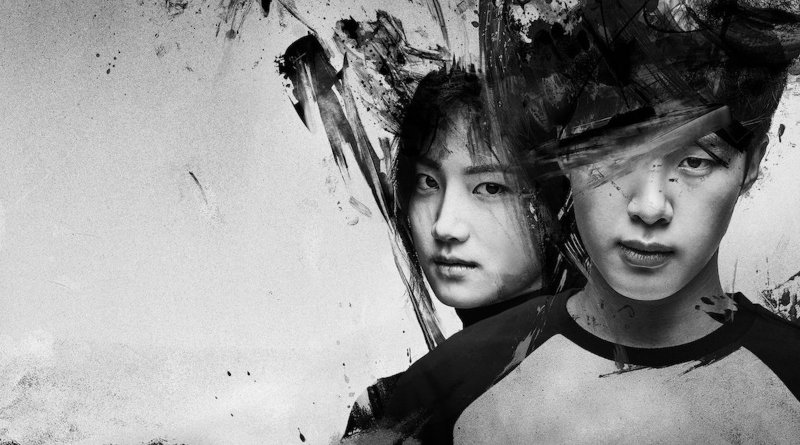 I want to provide a little bit of background of how I score films/series that I’ve watched. For me there are three important factors that they should excel on: Acting, Script, Technicality. Script as being the highest followed by film technicalities and acting. This three are the main factors that revolve around my review for Extracurricular.

I want to discuss first about its script and how it epitomized today’s mental health issues. The message of the series is very clear, it is how youth nowadays are being put the test and into pressure from today’s perfectionist society, and how these pressures resulted into rebellious actions. Jisoo, the main character, is just one of the victims of this society. At an early age he was already left by his parents to live on his own thus limiting his chances of graduating from school and limiting his living needs due to financial reasons. The pressure of providing for himself and getting a good job in the future are what make him create his own illegal business. This right here is a one action that a young person is bound to do when left alone with tremendous pressure. In comparison, Gyuri’s character despite having a stable provision of needs from her parents, still experienced this pressure by having her future decided by her parents into becoming the CEO of their company. That pressure right there of becoming a perfect and mature woman for her parents took a toll of her mind thus becoming a self-determined, aggressive woman towards Jisoo. The opportunity of being someone without her parents’ influence is what makes her so determine to be in business with Jisoo.

You see there are just two actions that a young person can do against this perfectionist society, one is to survive it by doing whats neccessary even if it is illegal or by rebelling against it and veering away from what’s expected from him/her. What I like about this is that both of the main leads encapsulate these decisions into their own personalities while the story move forward with consequences it brought to them. The series realistically made us, the audience, understand the struggles of the youth but also capture the consequences it can bring if they do these actions. There are no solutions given by this series, it just wanted to show the true horror that the youth can experience if they continue to be in this perfectionist society. This is a message for both the youth and the adults who are responsible of guiding them. All in all, the message was perfectly delivered but in terms of the progression of the story and characters it kinda falls flat during the latter episodes as they were so focused on showcasing the struggles of the characters leaving an opportunity to showcase the effect of these into their personalities and character development.

As for the acting, hands down to all of the actors who portrayed their characters so well. Kim Dong Hee is a rising star in the making and can be the actor that can ignite a different genre of kdrama. Park Ju Hyun on the other hand is a versatile actress as she made you want to kill her in the first few episodes but ended up loving her because of her charisma and angst that she brings into the character. I feel like the second leads could have been better but for me this is not the actors’ fault but rather on the script’s side. I hope that they can provide a good character devlopemen for these characters if they decided to do a second season.

The series itself is a beautiul art that mastered the techniques of filmmaking. The angles and frames are perfect for the mood that they want to establish in the scene. The hallway fights and rooftop brawl in the penultimate episode was a perfect shot brought out from a camera, kinda reminds me of Oldboy and The Raid Redemption. The series had well-balanced shots as it also bring that lovely romantic vibe between the leads in a non-cringey way. Netflix surely has provided another avenue for korean filmmakers to expand and hone their craft away from the norm.

All in all, this series is not your typical romantic kdrama as it brought a different vibe and genre into it. It is very timely as it portrays the current mental health issue that the youth is mostly sufffering nowadays. A crime drama that has grounded motivation from the characters and a realistic portrayal of the comsequences from the characters’ actions and motivations.