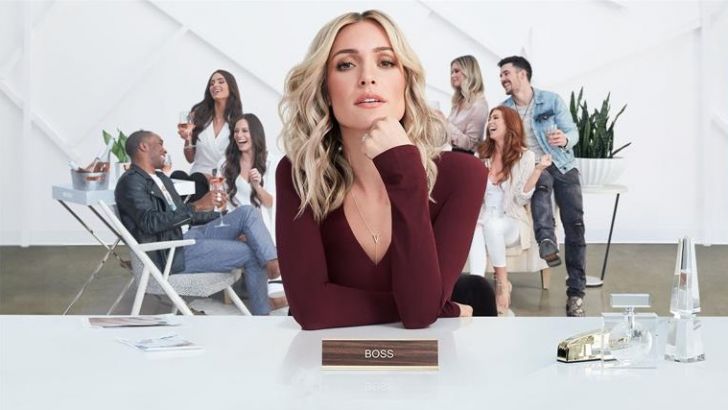 Cutler is married to reality TV Queen B Kristin Cavallari, and with their new E! show, Very Cavallari, the athlete, husband, and dad is effortlessly able to out-bitch some of the bitchiest new additions to the genre.

Let’s not forget: Cavallari, since her Laguna Beach and The Hills days, has had no problem being bossy and brassy in any situation. She’s always been more confident than anyone else in the room, and refused to ever be shamed for it. As a pair, Cavallari and Cutler feel like the opposite of Nick Lachey and Jessica Simpson’s Newlyweds. As those two played up their forced chemistry, this duo doesn’t bother. They snip at each other and roll their eyes as signs of their love and commitment towards each other. And most of that comes from Cutler.

This is a guy that can’t possibly be bothered to be “on” for the cameras. He has no interest in appearing interesting, and has made zero attempt at changing his life while the cameras are in his home. He’s the opposite of thirsty for camera time, a rare quality on any show these days. He hangs out in the kitchen, unshaven and dressed in sweatpants, while he refuses to say hi to Kristin’s friends/employees when they arrive. Cutler is in no way accommodating, making it known he doesn’t love having them around and won’t tolerate them even looking at his grass, let alone driving over it. All this dude wants to do is be left alone to watch deer (that he’s named) on his iPad. And yet it’s impossible not to look forward to his scenes.

We also learn that he’s interested in getting a new house, seemingly on a whim, and doesn’t enjoy actually leaving his home unless he can be left alone (so they dine in private rooms to avoid any picture-takers). He’s invested in the tropical fish they keep in a tank and likes picking up the kids from school every day (and he likes to be EARLY to beat the other moms in pickup line). Plus, Cutler’s really taking advantage of his downtime, as evidenced in the second episode when he was shown sitting in the family library reading a book — perhaps the first time anyone on reality TV was shown reading.

All of this might make him sound like just an average guy, but his bitchy abilities know no bounds. And the grumpier he gets, the more fascinating he is to watch. While the ladies that work for Kristin’s brand, Uncommon James, wasted no time talking shit about each other, behind backs and later face-to-face, it’s Jay who delivers the most cutting statements on the show. “Can I fire them?” he quickly asks his wife when the employees have disregarded her request to label containers. And like, he’s not joking.

The only downside to this is that he’s such a good male character in this show, it’s caused the producers to wildly overestimate how much we’re going to care about the other girls’ country music boyfriends, which is pretty much not at all. They don’t need to worry about being bitchy, Cutler’s already got that under control. He gives exactly zero fucks, as all the best reality TV stars do, and no one on Very Cavallari can compete with that.

Which is perhaps what’s most impressive about the show, an excellent summer reality series to get hooked on — and fun to watch for couples. Cavallari always has been, and continues to be, a stunning personality to watch. Her relationship, her friendships, her business: there’s just as much to be entertained by here as there is to learn from. She’s always been a boss bitch, and Very Cavallari only confirms she’s truly found her match in reality TV’s unlikely but delightfully bitchy new star.