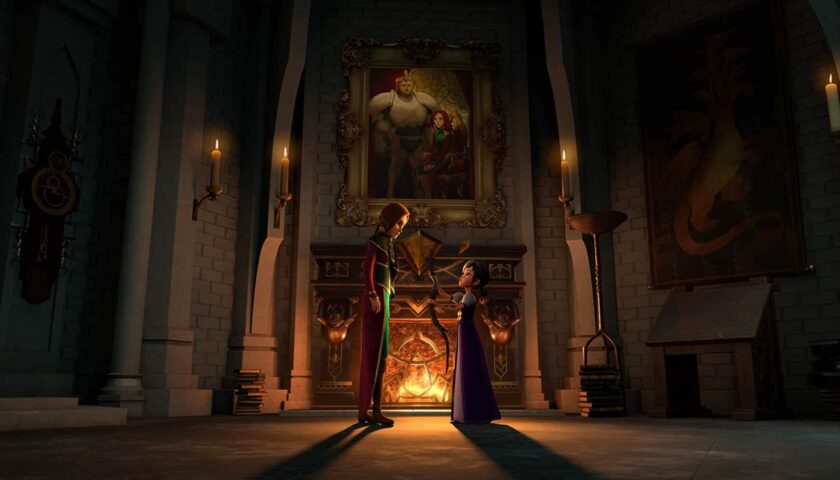 The DreamWorks Animation series tells the the story of wizard-in-training Douxie (Colin O’Donoghue) and other heroes of Arcadia on time travel adventure that takes them to the medieval realm of Camelot. It follows previous series “TrollHunters” and “3Below.”

“‘Wizards’ brings the trilogy full circle,” says del Toro. “It’s a show that explores the origins of the entire mythology and also an adventure that moves everything- propels it- into the future. We reunite with old friends and get to understand old foes…”

“‘Wizards’ follows the time-honored tradition of many trilogies in that the concluding chapter returns to settings, characters and concepts established in the first,” says showrunner and executive producer Marc Guggenheim. “At the same time, however, ‘Wizards’ is very much its own animal, drawing on characters from both ‘Trollhunters’ and ‘3Below’ and placing them in a completely new environment that is actually old: Camelot. Although ‘Wizards’ is the shortest of the three series at 10 episodes, I’m blown away by the amount of story we were able to push in this season. The narrative literally spans centuries and contains some of the most emotional content of the entire trilogy.”