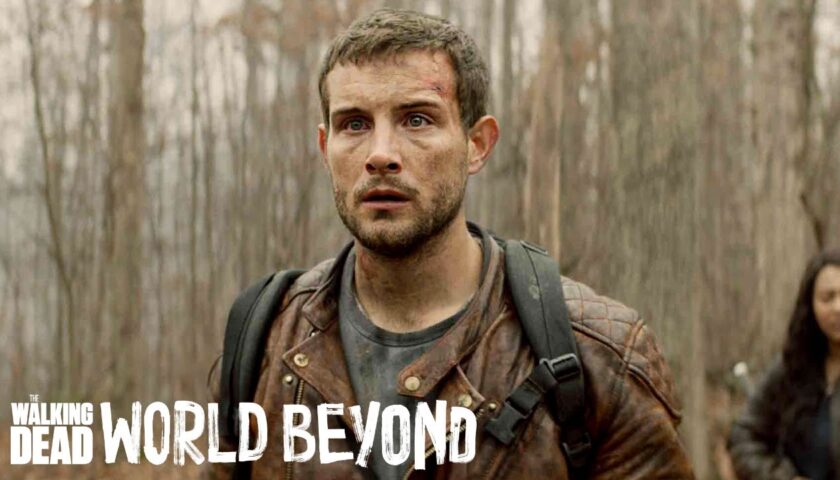 The coronavirus pandemic has delayed in several summer blockbusters as well as many television series, including AMC’s The Walking Dead. That show has had to push back its season 10 finale to later in the year — we’re still not sure when it will drop. The show’s spinoffs are suffering the same fate, as Fear the Walking Dead — which is heading into its sixth season — won’t be able to do much post-production work until after this pandemic is over.

Another highly anticipated cable series is delaying its premiere due to the coronavirus outbreak: AMC is moving back the series premiere of its upcoming spinoff The Walking Dead: World Beyond.

World Beyond was slated to premiere Sunday, April 12 at 10/9c — directly after the Season 10 finale of The Walking Dead. But now the spinoff will debut “later this year,” per a tweet from The Walking Dead‘s official Twitter feed.

The spinoff centers on the first generation of survivors raised after the zombie apocalypse and stars Alexa Mansour (The Resident) and Aliyah Royale (The Red Line) as a pair of young heroines. “Two sisters, along with two friends, leave a place of safety and comfort to brave dangers, known and unknown, living and undead, on an important quest,” according to the show’s official description. The cast also includes Annet Mahendru (The Americans), Nico Tortorella (Younger) and Emmy winner Julia Ormond (Temple Grandin).

TWD: World Beyond joins FX’s Fargo as another high-profile series forced to delay its premiere due to the global coronavirus pandemic, which has totaled more than 17,500 cases in the U.S. alone at press time. Fargo‘s fourth season, starring Chris Rock as a gangster in 1950s Kansas City, was slated to premiere Sunday, April 19, but was pushed back earlier this week after production was halted. Additionally, more than 100 shows have shut down production in light of the outbreak; click here for a full list of the shows affected.

The Walking Dead has proven its mettle over the last ten years. The show’s success on AMC has spawned a couple of spinoffs, including Fear the Walking Dead and the upcoming The Walking Dead: World Beyond. The latter was first announced back in 2018, with World Beyond’s first footage shown at last year’s New York Comic Con. The Walking Dead spinoff will expand upon the already established apocalyptic society and introduce a plethora of new characters.