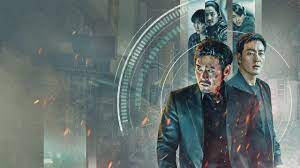 Scrolling through the Netflix catalog, I bumped into this fairly new entry. I’m into Eastern movies in general, so I decided to give this one a try after seeing the trailer and synopsis.

Yaksha: Ruthless Operations (YRO) is a spy action thriller about spy agents from different countries fighting and a seemingly conspiracy in the air. In the middle of this mess, we have Ji-hoon, a prosecutor that got demoted because his team messed up one investigation to bring down the leader of a major company for corruption.

This movie is not stereotypical. The action scenes are ok, although you get hints of the often-used martial arts in Eastern movies. The shots are nice and colorful enough to keep you hooked.

Plot-wise, though, I dont know. I found it too convoluted for no reason. The plot revolves around Ji-hoon getting demoted to an investigator. His mission is to investigate a Black Ops Team operating in Shenyang, China, led by Kang-in, notorious for being ruthless and whatever. The movie focus on the bound between Kang-in, Ji-hoon, and the team, while they fight their way to uncover a master conspiracy. The problem is the conspiracy, although serious, seems kinda overreacted. When you get your answers, you see it is a pretty straightforward plot that twists itself over and over to seem complicated. Some characters come and go too quickly, leaving you confused as to whom is the actual vilain (and why.)

YRO is lenghty. I believe this is mainly because they overcomplicated the plot.

Overall, ok. I don’t know if I would recommend as a great movie to watch, but if someone wants a fresh taste of movie, go for it. It is not bad, just regular.