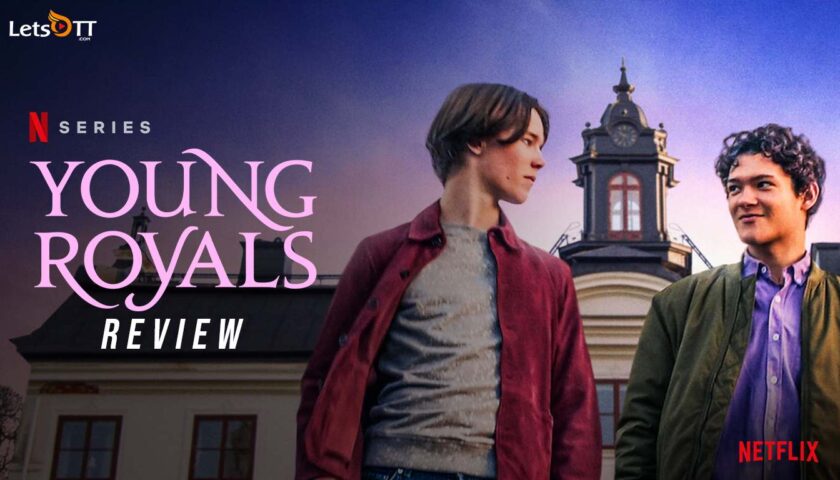 That was the consensus in the YouTube comments for the Young Royals trailer, a coming-of-age boarding school series about a Swedish prince exploring his sexuality.

Teen dramas, like Elite or the aforementioned Riverdale, traditionally cast clear-skinned 20-somethings in the roles of teenagers; and while Young Royals is in many ways predictable, what’s unexpected (and refreshing) is seeing so many real-life teenagers on-screen.

Lead actor Edvin Ryding, who plays Prince Wilhelm and is 18-years-old in real-life, captures the awkward shyness of a teen thrust under the spotlight. The electronic soundtrack to Young Royals often hints at the prince’s tumultuous inner-life, even when he’s forced to outwardly adopt a more buttoned-up demeanour.

Viewers have already compared the series to the fictional book Red, White & Royal Blue, which follows a burgeoning romance between a gay royal prince and the bisexual son of the President of the United States. But this series also leans into the more generic ‘royal and a commoner’ trope – and the inevitable choice between love and duty.

Wilhelm is a teenage prince who, at the start of the series, has just been involved in a very public scandal. He’s later forced to issue a public apology and immediately enrol at a new boarding school, the fictional Hillerska (you can read more about where Young Royals was filmed in our location guide).

At Hillerska, he’s expected to hang out with the other, privileged teens who make up the majority of the student body; but instead he’s drawn to gay scholarship student Simon, a non-boarder who’s ostracised by everyone else.

In the first two episodes, we see almost a checklist of teen-romance visuals, including: Wilhelm and Simon tentatively touching hands under the cover of darkness during a school movie night; and a very ‘Perks of Being a Wallflower’ shot of both riding on the backs of scooters and whooping.

Also predictable, but more frustrating, is the plot’s reliance on characters like August (Malte Gårdinger), a royal cousin and school student initially comparable to Gossip Girl’s snobbish Chuck Bass. In the first two episodes he’s constantly popping up and interrupting Wilhelm’s conversations with Simon, or lambasting Wilhelm with tired warnings about mixing with “normal” people.

In this aspect, some of the Young Royals dialogue feels outdated, or more in keeping with early 2000s teen dramas. (In comparison, the writer behind the Gossip Girl reboot recently promised that characters will “wrestle with their privilege,” acknowledging to Variety that “things have shifted” since the original series.)

On the whole, however, the first two episodes of Young Royals feel heartfelt, side-stepping the soapy while leaning into the intensity of first love. It’s addictive, and for younger viewers, the authentically teenage cast may also prove a breath of fresh air.