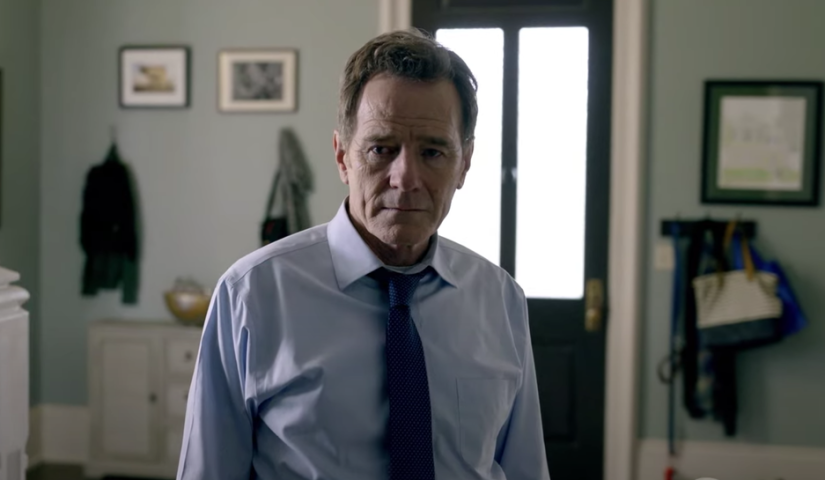 Michael Desiato (Bryan Cranston) is one of New Orleans’ most-respected judges, and he often takes an unorthodox approach to his job. For instance, he takes his jog in the Lower Ninth Ward, and not-so-surreptitiously looks through the screen door of a shotgun house. Later, we see him using that knowledge to call out a cop on the stand in a possession trial who claims he saw the woman on trial — who lived in that very shotgun house Desiato visited — put drugs up her vagina.

His son Adam (Hunter Doohan) sets out in his old Volvo to go to the Lower Ninth Ward, to the store where his mother was killed years ago. When he goes to put a photo of her on the site as a makeshift memorial, a group of boys start walking towards him. He drives away, but circles back to see that the photo was smashed. As he drives away, panicked that he’ll run out of gas, he has an asthma attack. As he reaches for his inhaler, which fell on the floor, he hits a teen on a motorcycle, who goes flying.

That teen (Jimi Stanton) is seen getting on that bike at the same time Adam drives to the Lower Ninth Ward. His parents are obviously wealthy, and the bike is a rare vintage model. Shocked, Adam sees that the guy he hit is bleeding out and tries to save him, but when he realizes there’s no hope, he drives off and tries to cover his tracks when he gets home.

When Michael gets home, Adam tells him the truth. Michael figures if Adam turns himself in and claims he panicked, that he’ll be able to help him get a light sentence. But when they get to the police station, he sees that the parents of the boy are Jimmy and Gina Baxter (Michael Stuhlbarg, Hope Davis); Jimmy Baxter is one of the city’s most dangerous and influential crime bosses.

This changes Michael’s plan; in order to protect Adam, they drive away from the station and he tells Adam to never mention the accident again. Then he takes the bloody clothes and brush Adam tried to wash and tosses them into the river; when a cop sees him on the side of the bridge, he tells a whopper of a lie so believably that the cop buys it.

We are unabashed fans of Cranston, and we are mesmerized by his performances, no matter what he’s in. Which is why we have to look at his post-Walter White projects like this: Would we want to watch this show if Bryan Cranston wasn’t in it? In the case of Your Honor, created by Peter Moffat (The Night Of), the answer is “probably not.”

The plot is pretty simple: How far will Desiato go to protect his son? The ten episodes will show Desiato trying to cover up for Adam, bringing in his friend Charlie (Isiah Whitlock Jr.), who’s running for mayor. There will also be an investigation by the police, and Baxter and his henchman will also start circling Desiato. So the whole show is about how Desiato, who is briefly portrayed as one of New Orleans’ most virtuous jurists, descends into a hell of deception and lies.

Sound familiar? It more or less sounds like Breaking Bad, but with less compelling characters around Cranston. If you’re inviting that comparison by making the show about a previously-virtuous man sinking into a pit of lies, then you need to step things up. As of the first episode, it feels like everyone around Cranston are stock characters instead of ones that are truly inspired. Jimmy Baxter acts like a stock gangster, and Adam is more or less a “sensitive kid” without much of anything else on display.

It felt like Moffat spent a long time setting up the situation, which is supposed to illustrate how affected Adam is by his mother’s death, even years later. But it just went slowly, affecting what we’re supposed to gather about Desiato’s virtues as a judge and person. We can see how close Adam and Michael are by how honest Adam can be with his father, and that the death of Adam’s mother/Michael’s wife hangs over their lives, but that still doesn’t make Michael’s turn to the dark side all that believable.

Don’t get us wrong: Cranston does his usual fine job, to the point where you just sit and wonder what he has to do to access the deep-seated emotions he puts on display. The show has a fine supporting cast, with Davis and Whitlock being the standouts; Amy Landecker, Margo Martindale and Lorraine Toussaint show up in guest roles during the season. So there’s a chance that the show can get better. But the first episode was so unconvincing that we’re not sure we’ll stay with it, no matter how good Cranston is.