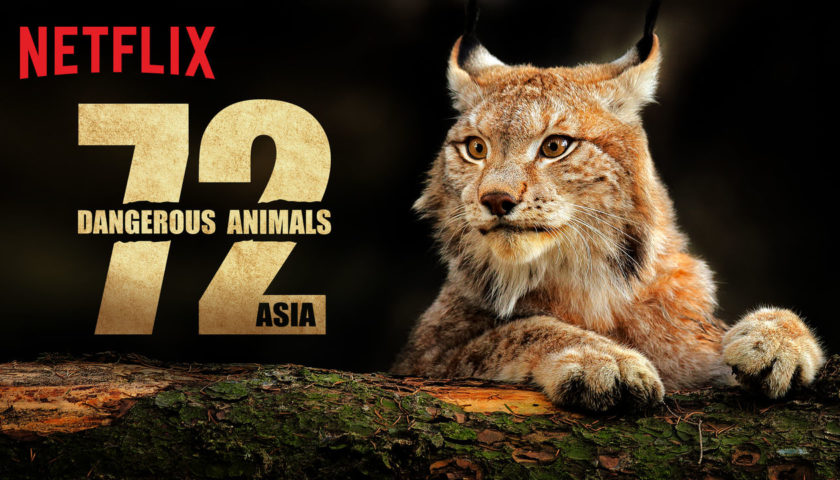 Review: 72 Dangerous Animals is similar to American Ninja Warrior and Ultimate Beastmasterin that each episode features a host of competitors battling it out for the chance to advance to the finals. In Episode 1, “Wrong Place, Wrong Time,” rhinos, leopards, Asian forest centipedes, orangutans, sea urchins, and saw-scaled vipers compete to be named the “most dangerous animal” and move on to face ten additional finalists in Episode 12.

In the last episode of the season, eleven animals go head-to-head — not literally, the animals don’t physically compete against one another  — to decide which one is vicious enough to earn the trophy title of “Most Dangerous Animal in Asia.” It’s the one reality competition series in which the combatants don’t know they’re competing! Mostly because they’re animals and thus incapable of grasping the modern concept of the reality competition genre.

72 Dangerous Animals will surprise you. It possesses an irreverent, campy tone that helps make the inherently threatening subject matter palatable to the average viewer. A mix of experts who educate, victims of previous animal attacks who serve as an example of the genuine peril these animals are capable of producing, and intentional and unintentional humor combine to make this series a unique streaming experience. It’s not appointment viewing or must-see TV, but 72 Dangerous Animals is a solid show to watch if you’re looking to unwind.

Most Memorable Line: “Ancient tribes people believed that wearing rhino horns warded off enemies. Today, rhino horns are seen as a status symbol for the wealthy… they’re touted as a magical elixir in traditional medicines; a cure-all, treating everything from headaches to cancer.”

Conservationist and rhino advocate Clare Campbell disagrees. “There’s no evidence that rhino horn does any of these things,” she says, before offering a solid rhino-related burn:

72 Dangerous Animals features a menagerie of menacing creatures and harrowing stories of humans being attacked by animals. The orangutan segment, however, is comparatively fun and light-hearted. This guy didn’t advance in the “most dangerous animal” competition, but he’s hands down the chillest hang of all the animals profiled in Episode 1.

Our Call: 72 Dangerous Animals: Asia is more fun than the title suggests. If you enjoy nature documentaries, you’ll like it. If you don’t, you probably won’t. It’s an ideal series to watch before bed or just to have on in the background while you clean your apartment.

All and all, 72 Dangerous Animals: Asia delivers an enjoyable 44-minutes. Stream it.