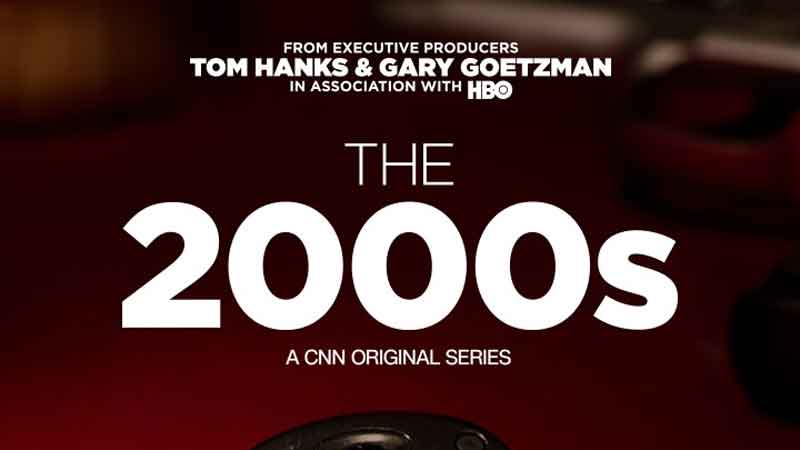 Review: Again “CNN” has a winner with it’s decade series as “The 2000’s” scored a touchdown for it’s footage and clips and interviews with the experts about the happenings and pop culture trends of the new millennium. You name it covered was the new golden age of TV as the shows like “Mad Men”, “The Sopranos”, and many others were bold and blunt art house TV that was a must watch.

Also covered was “911” and the rise of terrorism and the Bush years of his narrow win over Al Gore and his 2004 victory over Kerry as he stayed the course in Iraq. Also the drama and disgraceful wall street meltdown which broke millions was spotlighted. The rise of Obama and his 2008 election victory as John McCain was destroyed by a lady named Sarah.

Plus to top it off it showed how the digital age of computers, laptops, I phones, face book, twitter, Instagram, and face time controlled one’s means of communication. Overall it was the new era and new age of different things and ever changing times.

Covering politics, current events of the period, music, film, television, and pop culture of all kinds, this docuseries looks at the 2000s from a number of different angles. It’s never boring, and the production values are very high. It’s nice that at a lot of times (especially during the political sections), they talk to the figures themselves who were making the news in that decade.

The only reason I can’t give this the full 10/10 treatment? It’s too bad that the non-HD footage of the time period couldn’t have been upgraded. When all the interviews and current footage are sparkling HD, it really stands out when the non-HD material shows up. I’m sure cost was likely the issue here, but still it was often very noticeable and jarring.

Overall, though, “The 2000s” was a fun journey through the decade in which I graduated both high school and college. Both in terms of nostalgic and historical value, this one can be watched for either reason and enjoyed accordingly.