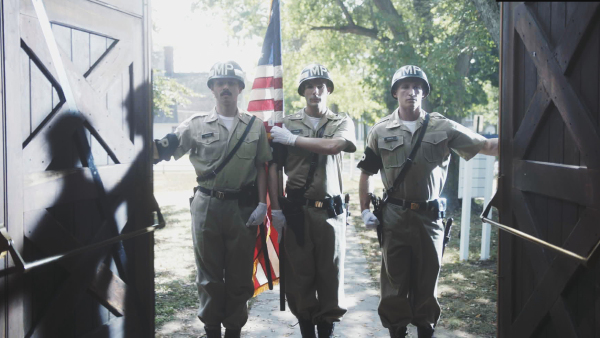 The case of Jeffrey MacDonald has inspired a greater volume of writing than anyone might have predicted decades ago — or, perhaps, than the facts of the case would seem to warrant. MacDonald, a U.S. military officer and physician accused and convicted of murdering his wife (pregnant at the time) and two children in 1970, was first the subject of Joe McGinniss’s book “Fatal Vision.” That book, which turned on McGinniss’s extreme access to MacDonald’s legal team and built to the author’s conclusion that the man was indeed guilty, inspired not merely lawsuits (settled out of court) but also Janet Malcolm’s 1990 book “The Journalist and the Murderer,” which uses McGinniss as evidence of the idea that the betrayal of sources in service of a narrative is central to the practice of journalism.

And now, once again, Errol Morris enters the fray. The FX documentary series “A Wilderness of Error,” directed by Marc Smerling and featuring Morris on-camera, shares its title with his 2012 book on the MacDonald case; now, as then, Morris puts forward an alternate theory of the case, one that would make MacDonald a wrongfully imprisoned man. Morris, interviewed on-camera in much the same manner he’s interviewed others throughout his career, cites “The Thin Blue Line,” a film of his that helped free the convicted man Randall Dale Adams, as a phenomenon he’d like to recreate. The problem — or a problem — is one common to art reverse-engineered towards an intended real-world outcome, a sort of pushiness and dictatorial nature that leaves no room for ambiguity. Morris is asking us to consider an unlikely and generally unheralded possibility, and doing so in a manner so insistent as to make the proposition less and less appealing.

The idea that the job of a critic is to adjudicate a real-life crime story is to be resisted. (Morris’s case hinges on the presence of a possible real killer, which I leave to others to judge.) But it’s not hard to miss that Morris’s fact-gathering, at least, falls short of the usual standard of his work — even leaving aside certain standbys borrowed from Morris’s directing like scene recreation, always maddening to some viewers. In order, for instance, to communicate aspects of the ways the trial was covered in the media, this series relies not just on long, context-light clips of news shows Morris may think are self-evidently in service of a false narrative (it’s hard to know without more information) as well as on the insights of “true crime fan” Christina Masewicz. This individual shares with us such insights, for instance, as that certain of the legal proceedings in the MacDonald case took place in a courthouse used in the TV show “Matlock.” Is Masewicz a memorable character? Sure! Does her time onscreen advance an argument that could really use all the help it can get? Unfortunately, no.

A true-crime series does not necessarily rise or fall on the power of its case: Recently, “I’ll Be Gone in the Dark,” on HBO, compelled precisely because it did not have a satisfying solution to the death of its subject. But Morris has made it his mission to convince, and as such doomed his project from its inception. What else there is, here, is thin: In the first episode, Morris delivers various statements about the nature of truth and injustice that strike the viewer as thinner than the equivalent ideas being demonstrated through the work. Morris just telling us “Here you have a tangled mess of people all trying to figure out what’s real and what’s make-believe, what really happened versus what we think really happened” resonates less than would have a richer take on the material. When, in the end of the series, Morris declares himself an unreliable narrator as consumed by narrative as anyone else, he’s restaging the conversation Malcolm already had about the MacDonald case thirty years prior. Morris has made great work before and will again, but “A Wilderness of Error,” which does not convince the viewer there is fifty years’ worth of interest in this sad story, falls short of the standard his directorial efforts have set.