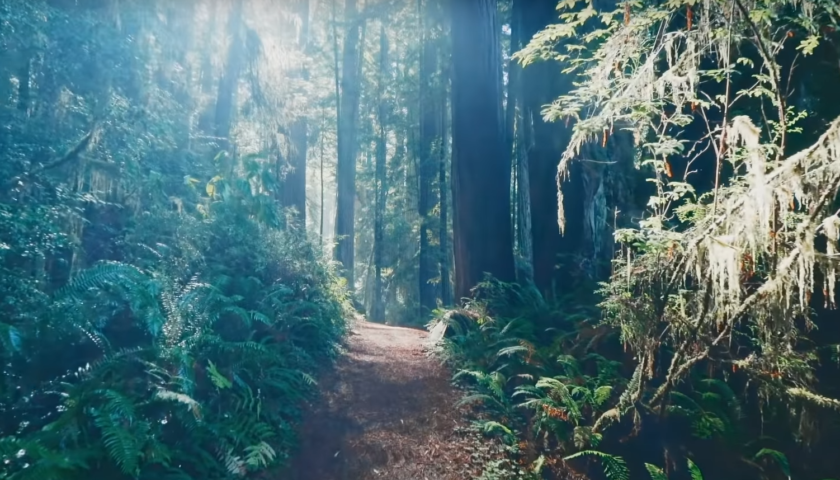 Like the hero of Green Eggs and Ham, refusing to endorse discolored breakfast options under a variety of culinary circumstances, I spent the better part of a week watching HBO Max’s 10-episode relaxation app commercial A World of Calm in as many situations as possible.

But then the presidential debate wrapped on Tuesday night and nothing, no matter how brainless, was deactivating my agitated nerves. So I tossed in an episode of A World of Calm featuring Priyanka Chopra Jonas telling me historical and cultural footnotes about chocolate over impeccably shot footage of Central American rain forests and glistening ganaches, and it became clear: Whether it’s actually good or not, the ideal condition under which to watch A World of Calm isn’t the casual arduousness of everyday life, but the spectacular and specific hellscape that is 2020. A World of Calm isn’t wildly informative or compelling in any traditional way, but it’s a distracting analgesic for contemporary agita.

The series hails from the producers of the Calm app — fairly useless in its free version but packed with relaxation aids, guided meditations and so-called “sleep stories” once you pay — and Nutopia, whose run of hi-def-baiting eye candy documentaries has included NatGeo’s One Strange Rock and Netflix’s Babies.

The first season contains 10 installments, each a 22-minute exploration of a topic that starts micro, then traces a web that goes intercontinental and occasionally even interstellar, offering, yes, calming glimpses of a connected universe. It’s a reassuring proposition for anybody watching the news in quarantined semi-isolation and likely to get a dopamine rush from the word “togetherness.” An episode on horses goes from Canada’s Sable Island to Russia on the edge of the Arctic Circle to the far reaches of Mongolia. An episode that starts with a glassblower in the Netherlands goes back to the sands of the Arabian desert and also checks in with the unique craftspeople on the Venetian island of Murano.

Each episode, directed by a team led by Nic Stacey, has all of the soaring overhead drone shots of forests and waterfalls — and, in one CGI-heavy episode, outer space — you could ever want, accompanied by Tom Howe’s lilting music and narration from a diverse gang of award-winning celebrities. Some of the latter have instantly recognizable voices (that could only be Mahershala Ali discussing water and Africa’s Cradle of Civilization) while others are harder to initially identify (it could be anybody discussing glass-making, but it’s Zoe Kravitz).

Some episodes are almost completely human-free. Several focus on our interactions with the natural world, all exclusively positive because there’s nothing less relaxing than a lecture on climate change, poaching or how “white chocolate” shouldn’t be called “chocolate” at all.

There are credited writers on each episode, but I’d say their contribution is more about structure than dialogue, since the scripts are mostly a blend of facile anthropomorphizing (“This visiting turtle has found what he was searching for: an underwater spa”), Wikipedia-level factoids (flamingos are pink because of their diet) and calls to inaction (“And for now… it’s time… to rest”) delivered in an ASMR-friendly near-whisper by the thespians.

This first round of stars has been reasonably well-selected. Kate Winslet talking about horsies is such a nurturing no-brainer that she’s voicing the equine main character in an upcoming Disney+ adaptation of Black Beauty. Keanu Reeves opining on wood sounds like a punchline, but it’s the embodiment of Zen. You might not know that you needed Cillian Murphy narrating the origins of a snowflake, but you definitely did. Even the pairings that don’t inherently seem logical, like Oscar Isaac and pasta, let you say things like, “Do you want to hear Oscar Isaac noodle on noodles for a half-hour?” and that’s something.

The Calm app has options to adjust the volume and audio balance on certain features, and even when I liked the voiceover work, there were times I would have preferred to watch with just music and the layered design of natural sounds — a gently thudding woodpecker instead of a gently nattering Keanu Reeves.

Is there any way that, on a purely aesthetic level, I would ever recommend A World of Calm over something like Chef’s Table or Planet Earth? Heavens no. A World of Calm is not great TV and I don’t think it’s intended to be. It’s a service show, and with two presidential debates still to come, there’s value in being able to placate one’s frazzled psyche with 22 minutes of Nicole Kidman breathlessly appreciating birds and their migratory patterns.