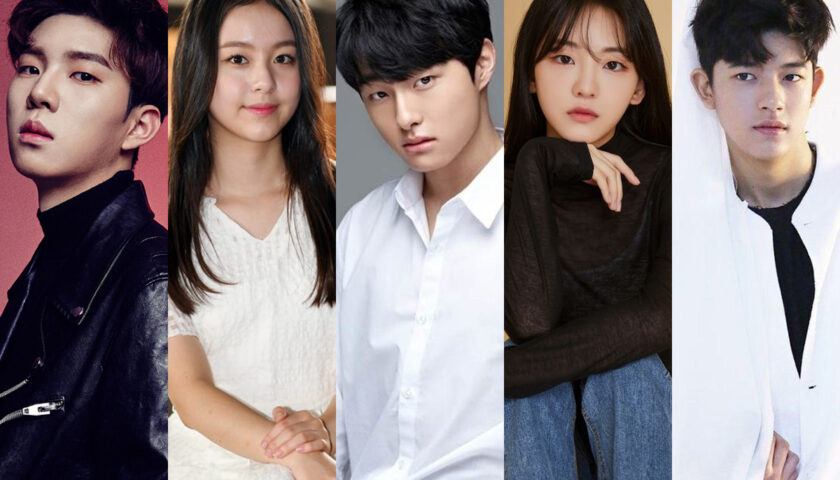 In April 2020, Deadline reported that Netflix was developing a zombie series called “All of Us Are Dead,” based on the Korean webtoon “Now at Our School.” The digital comic gained popularity in Southeast Asia. Chun Sung-il wrote the series and Lee JQ and Kim Nam-su directed it.

Americans don’t appear to be tiring of zombies, as evidenced by the success of Zack Snyder’s “Army of the Dead,” the upcoming prequel “Planet of the Dead,” as well as the ever-expanding “Walking Dead” universe. “All of Us Are Dead” will join Netflix’s other Korean zombie series, “Kingdom,” which made its Season 1 debut in 2019 and features a plague that reincarnates the dead (Netflix released Season 2 in March 2020 and the feature-length episode “Kingdom: Ashin of the North” in July 2021).

“All of Us Are Dead” is the latest addition to a veritable blitzkrieg of Korean content coming from Netflix. In February 2021, CNBC reported that Netflix planned to spend $500 million on South Korean films and TV series. The investment paid off in the case of “Squid Game,” which turned out to be a blockbuster for the streaming service, and Netflix executives have to be hoping lightning will strike twice.

“All of Us Are Dead” will premiere on Netflix in January 2022, although an exact date is still yet to be announced. “All of Us Are Dead” is just one Netflix original series debuting on the streamer in January. Other shows kicking off the new year include “Hype House,” “Archive 81,” “Chosen,” and “The Woman in the House Across the Street from the Girl in the Window.” Part 1 of the fourth and final season of “Ozark” premieres on January 21 after a two-year hiatus, will make for stiff competition for a newcomer. To attract viewers, “All of Us Are Dead” shouldn’t go head to head with Marty Byrde (Jason Bateman). Hopefully, we will get the series sooner rather than later in the new year.

In December, Variety singled out “All of Us Are Dead” as a Korean drama to watch out for in 2022 and predicted the coming-of-age story with a twist could launch the international careers of several of its young stars. While a cast list is available on IMDb, information about specific characters is scarce, as are pictures of many of the show’s stars. Although many of their names are unlikely to spark recognition in American viewers, that could easily change if “All of Us Are Dead” trends on Netflix’s top 10.

The cast has several recognizable faces. Lee Yoo-mi, who played fan-favorite competitor Ji-yeong in “Squid Game,” has an unknown role in this series. Rich Ting, whose previous credits include the TV series “The Man in the High Castle” and the Angelina Jolie movie “Salt,” plays Chief of Staff Seon-Moo. Darren Keilan, who can be seen in the upcoming Brad Pitt action movie “Bullet Train,” plays Lee Su-Hyeok. Other cast members include Yi-Hyun Cho (“Byeonshin”) as Nam-ra, Park Solomon (“Lookout”) as Lee Soo-hyuk, Ji-hu Park (“House of Hummingbird”) as On-jo, and Chan-Young Yoon as Chung-san (“Still 17”).

It’s the year 2022, and since 2021 evidently still isn’t done with us yet, why not welcome a zombie apocalypse into your home with Netflix’s latest Korean horror series? “All of Us Are Dead,” which is based on the webtoon “Now at Our School” by Joo Dong-geun, hits the streaming platform on January 28. Watch the first, blood-and-guts-infested trailer below.

Here’s the succinct official synopsis, courtesy of Netflix: “A group of students trapped in a high school and find themselves in dire situations as they seek to be rescued from a zombie invasion of their school.”

The 12-episode series is directed by Lee Jae-Kyu, director of the films “Intimate Strangers,” “The Fatal Encounter,” and “The Influence,” as well as on series including “The King 2 Hearts,” “Beethoven Virus,” and “Fashion 70s.” Kim Nam-soo also serves as a director on the series, which is written by Chun Sung-il. The series stars Yoon Chan-young, Park Ji-hoo, Cho Yi-hyun, Park Solomon, and Yoo In-soo.

“All of Us Are Dead” isn’t Netflix’s first foray into Korean zombie horror series, as the streamer dropped “Kingdom” in 2019. The 2020 Korean zombie horror film “#Alive” was also a huge hit globally for Netflix, thanks to a genre that has baked-in, limitless potential.

The series adds to Netflix’s growing slate of Korean content, spearheaded, of course, by “Squid Game,” the most-watched Netflix original series of all time, which is now a major contender for the 2021 Emmys. Other popular series in its vein include the outer space thriller “The Silent Sea” and the end-times horror hit “Hellbound.”

The global reach of these shows can only mean more are coming. Already, “Squid Game” creator Hwang Dong-hyuk said he’s in talks with Netflix on not just a second season, but a third, of the survival horror series about a deadly competition game entered by financially strapped citizens. “Squid Game,” which premiered on the streaming platform September 17, quickly reached the #1 spot in Netflix’s viewing charts across 90 countries — and within its first two weeks. It ultimately became Netflix’s most-watched original series ever, with 1.65 billion hours streamed in total in its first four weeks.