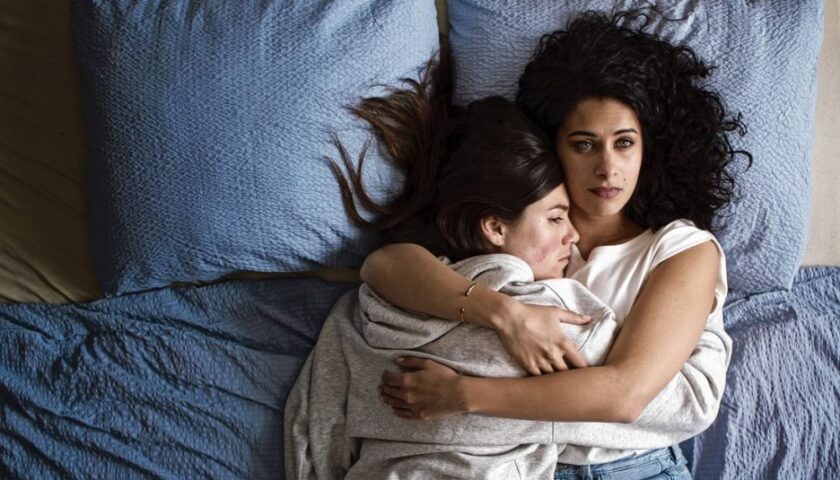 Things are changing quickly for Anne (Hanna van Vliet), the twenty-something living in Amsterdam and putting all her energy into writing a book. Her girlfriend Sara (Jouman Fattal) moves to Montreal for a job and the two agree to open their relationship, though once Anne knows Sara is seeing someone else, she begins to feel a bit uneasy about it. Anne is set to join Sara in Montreal in just a few months, but she’s plagued by second thoughts about it, wondering if it’s the right call to follow her overseas. At a drag show one evening, Anne finds herself captivated by a performer named Lou (Thorn Roos de Vries) and musters up the courage to slide into their DMs. The two begin hanging out and seem to have a real connection, though Anne still can’t quite figure out how she feels about what’s happening with Sara.

While her personal life gets messier and messier, Anne also hits a wall with writing her book, getting negative feedback from her publisher and wondering if she’s going to have to rewrite the entire thing. As she packs up her apartment and the impending move to Montreal becomes more real, Anne starts to realize that she might have changed her mind about the things she wants. With her career on the line, her relationship in the mix, and a lot of questions about the future swirling around, Anne must make some tough decisions and finally start to pay attention to what feels right.

Anne+: The Film, true to its title, is more of a character study of Anne than it is anything else. It is an occasionally unfocused portrait of a specific time in her life, perhaps reflecting her own confusion about her place in the world and the status of her relationships. A lot of the film’s success relies on Hanna van Vliet’s performance, and she is more than up for the task, bringing Anne to life in a grounded, relatable manner. She feels aimless in the way most 24-year-olds do, like watching a friend struggle to find the answers as things change rapidly around her. There’s a quiet, slow quality to Anne+: The Film despite its relatively lean runtime, and it coasts from scene to scene with a total lack of urgency (much like Anne herself).

If you haven’t seen the series that preceded Anne+: The Film, you’ll still be able to jump right in; the film does a nice job at recapping what happened previously, and also tosses in some flashbacks for good measure. The young ensemble helps to bring this version of Amsterdam to life, so natural and effortless that some of the film feels documentary-like. Coming-of-age stories often get caught up with the teen years, but there’s a whole different coming-of-age that happens in your twenties, and Anne+: The Film sums it up perfectly. There might not be anything particularly thrilling or monumental that occurs in Anne+: The Film, but it feels real, a chapter from one young woman’s story that many of us can relate to, whether we’ve walked down all the same paths or not.