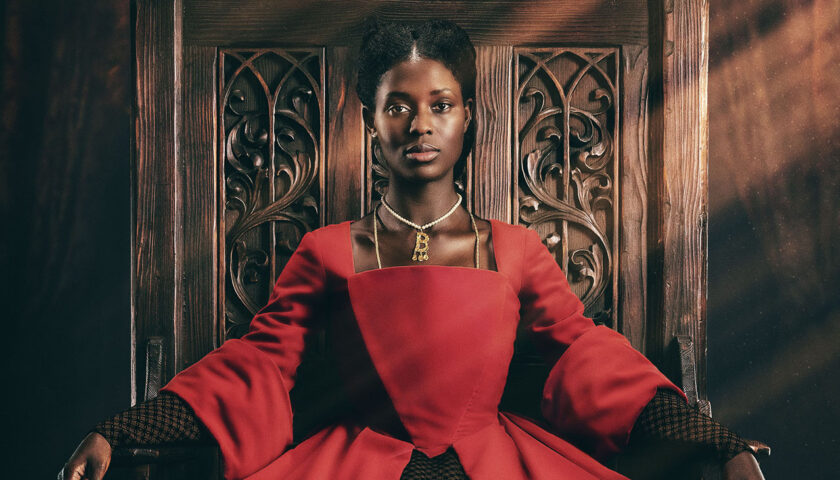 ‘Anne Boleyn’ piques your interest for reasons aplenty—first, it is based on the ‘truth and lies’ about the fallen Queen of England, Anne Boleyn, and secondly, her many, if at all, liaisons with men from her courtroom leading all the way down to her own brother, George (Paapa Essiedu). There’s sex, secrets, and a King for a husband (Henry VIII/ played by Mark Stanley) whose mistresses and love children could form an army of their own. Yes, the broth is piping hot—one that is concocted out of scandal, politics and loyalists with shifting loyalties.

The setting is the 1500s and the timeline, just the last five months of Boleyn’s life. The otherwise poised and sharpshooting Queen now feels threatened: for one, she must compete with a much younger Jane Seymour (Lola Petticrew) who seeks nothing out of her dalliance with the King but ‘honour and security’. And, secondly, of carrying out her responsibilities of a dutiful wife by birthing a son; a possible heir to Henry VIII. The opening sequence gives away that a heavily pregnant Anne Boleyn is bestowed with gifts and gratification of all kinds, from far and wide, for the impending birth of her son. And, as they say, the rest is history.

In director Lynsey Miller’s universe, Anne Boleyn—textbook definition of a woman with ‘questionable morals’, as per naysayers—is no damsel in distress. A husband with a wandering eye, two miscarriages, sexism to the very top still her gut and gumption commands respect. “It is difficult to love a man, especially when he is your husband,” Boleyn opines.

It is rather an extraordinarily brave choice for Miller to have Jodie-Turner Smith play this titular historical figure, the first ever black woman to slip into those heavy shoes. The actress devours the character, and how!

Turner-Smith’s calculated restraint and gravitas as Boleyn is every aspiring actor’s tutorial on how to ace a figure of historical importance without losing a vision of their own. Turner-Smith imbibes even the intricate nuances a woman with all the power—at least by outward appearances—may exude. Lending an equally rounded performance is ‘I May Destroy You’ famed Paapa Essiedu as the loyal brother. The parallel characters contribute significantly to the primary cast— Thalissa Teixeira as Madge Shelton is remarkable, and so is Amanda Burton as Lady Shelton. Mark Stanley’s Henry VIII echoes more of the promiscuous aspect of the character than the fact that he was, indeed, a man that had stooped to the lowest level of humanity for personal gains. Lola Petticrew’s trembling and docile depiction of Jane Seymour makes the viewers pity her. Until it doesn’t.

No living species understands sexism the way women do. It is probably the all-female gaze that made the subtlety of casual sexism so glaringly obvious. “Your influence lies in your belly, not your brain,” barks Cromwell (Barry Ward). The climax, of course, filled with rage and redemption in equal measures is testament to just how unjust the society can be towards women with ambitions.