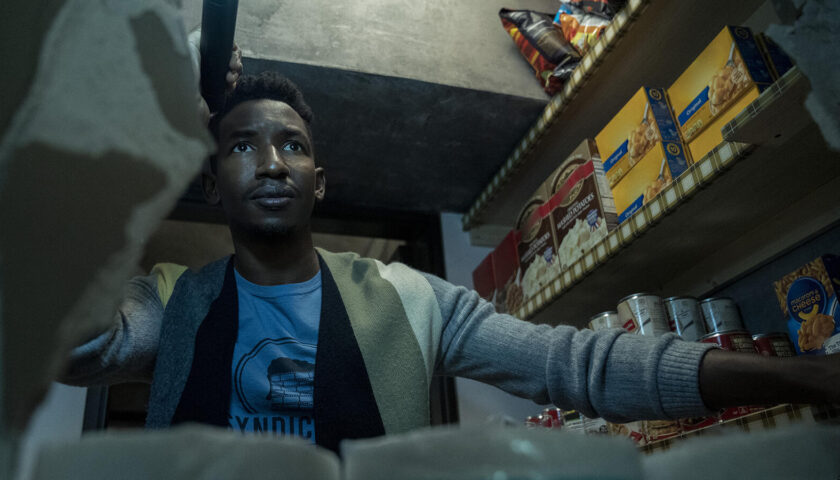 In a landscape filled with projects of portentous self-seriousness, perhaps there’s something refreshing about a project that stands proudly in its willingness to simply attempt to be deliriously, dizzily nuts.

So it is with “Archive 81,” a new “found-footage” horror series on Netflix executive produced by “The Boys” and “The Vampire Diaries” vet Rebecca Sonnenshine and by horror impresario James Wan. Like Wan’s 2021 horror film “Malignant,” “Archive 81” has a powerful belief in its ability to entertain that — at times — has the power to push back inconsistencies and inanities. More frequently, though, audiences will likely be left cold and a little bored by a series that finds little to say amidst its endless ante-upping.

To find something positive amidst much dross — Mamoudou Athie and Dina Shihabi make for able horror leads in this series. Athie plays an archivist hired to pore through a passel of damaged videotapes from 1994, the tapes taken by a would-be documentarian played by Shihabi. The tapes seem to reveal a rising tide of madness and of cult activity at a “Rosemary’s Baby”-esque apartment building, and Athie’s analysis opens up a sort of connection such that, soon enough, he’s trying to find ways to save her. Athie’s performance, in particular, is so rock-solid that it helps viewers push past the fact that the particulars of his employment situation make, even by the standards of the genre, no sense.

The series plunges through various horror-genre signifiers, and its approach to its found-footage conceit is fleeting at best. (One device that adds little is archival footage opening each episode, which seems like a touch of pretension adorning a show that’s otherwise gleefully, grittily lowbrow.) By the time, late in the series, that we’re seeing historical events for which neither Athie’s nor Shihabi’s characters were present, viewers will either have decided to roll with the “Archive 81” approach to developing its story through videotape as a device to pick up and drop at will. And, ultimately, the mission of the cult at the show’s center feels overly familiar: One expects a show so wildly in thrall to doing whatever it wants at any given moment to go further in its central mystery.

With all that said, the trappings are often good fun and the mood conjured is effectively creepy. “Archive 81” will keep core genre fans satisfied, but it’s hard not to feel like a tighter version more committed to a vision beyond being all-over-the-place might break out in a bigger way. “Archive 81’s” eight-episode sprawl and its willingness to pick up and drop its storytelling devices can be fun, but even genre-heads may come to crave a little focus.