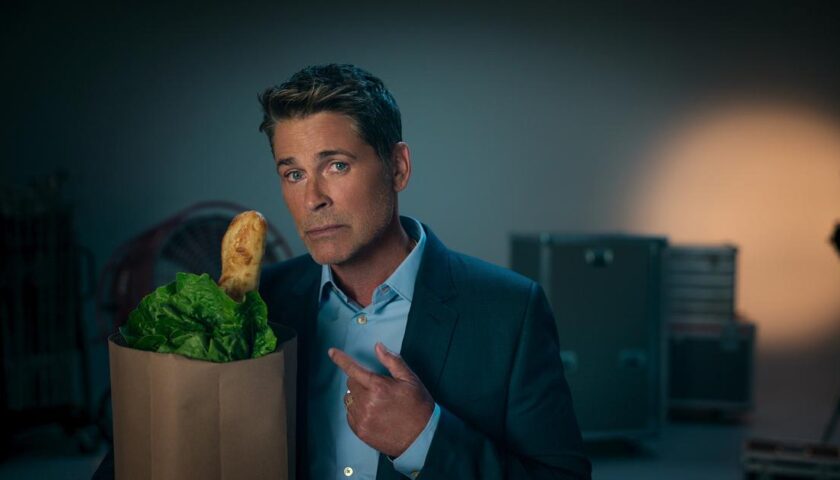 I have long made peace with the fact that I will never figure Netflix out. Maybe that is the point: Netflix, like the shining face of God, is not ever meant to be fully understood, just watched in awe from afar. But where once Netflix made sense – the first series of Orange is the New Black! The first three series of House of Cards! The mega-success of the Queer Eye reboot! – now some of the commissioning decisions seem to be made by a pulsing cluster of AI servers. This is why we have Nailed It!, for instance. Why He’s All That with Addison Rae exists. Season 5 of Arrested Development and that nine-movie Adam Sandler deal. These were designed by a robot in a lab to make me wistful for an era when the company sent out DVDs in little square envelopes in the post.

Anyway, Attack of the Hollywood Clichés! is up this week, and I do not know who it is for, why it got made (by Charlie Brooker no less), and who – beyond everyone who picked up a day-rate in its production – is benefiting. In short: it’s one of those talking-head hours Channel 4 always seemed to do so well, only with that added layer (and layer … and yet another layer) of Netflix/Hollywood gloss. Rob Lowe hosts, doing an absolutely incredible performance of Rob Lowe, spraying out high-sheen writer’s-room-polished comic lines with all the élan of a man giving his third best man’s speech of the weekend. There is a sparkling cast of talking heads – Florence Pugh is there! Andrew Garfield! Richard E Grant! – plus a stacked bench of imposingly intellectual film critics who have actually seen more than one Hitchcock film and have a lot to say about tropes. Whoever did the casting on this special did their job. Whoever did the interviews nailed it. Whoever cut this thing together ruined everything.

Here’s the problem with Attack of the Hollywood Clichés: it doesn’t say anything, at all. Here’s a trope, notice it next time you watch a film, right: on to the next one. Did you know about romcom “meet-cutes”? Of course you did, obviously, but … OK well what about the “one-man army” trope? Oh, you knew about that too. Let’s see: here’s one. Have you ever noticed that thing in films – in the biz we call this the “white saviour complex”, where – ah.

I really don’t see who, in the year 2021, is being newly introduced to the concept of the Wilhelm Scream, but … Hollywood Clichés seems to think that millions of them exist. This feels like a real opportunity missed: an interview with critic Nathan Rabin, credited with coining the term Manic Pixie Dream Girl in 2007, consists of him broadly outlining the concept intercut with clips from Elizabethtown. The entire bit lasts fewer than 30 seconds. Is that it?

It feels like there are hours of more interesting tape lying on the cutting room floor: I am convinced Rabin said something more interesting about the MPDG (and her persistence in Hollywood over the last 14 years!) than, “It’s a very very potent fantasy, for men, that there is one woman out there – one magical woman! – who will save you.” Cut to Lowe for a quick gag he doesn’t care about, eyes perceptibly flicking to the clock behind the camera to make sure he can get all these interstitials filmed in one day.

In fact – bar one or two moments that actually delve into the history of film; there is a section on Hollywood’s attitude to showing sex on screen that almost threatens to be interesting – practically every trope exposed here is left completely uninterrogated. Why is a baguette poking out of a brown paper bag shorthand for someone having been grocery shopping, for instance: is it because it’s such a universal aesthetic indicator that it can play across multiple territories? We’ll never know. The maverick cop has been a mainstay of storytelling since Hollywood began: how might current perceptions of the real-life police force affect that story? Great question, but let’s not answer it. This hour had the potential to make fascinating enquiries about how and why films get made that will change the way you watch them for the rest of your life. Instead there’s an extended bit where Rob Lowe pretends he’s too Hollywood health-conscious to actually eat an apple. Oh well. Hey: while you’ve got the app open, fancy watching The Kissing Booth 3?