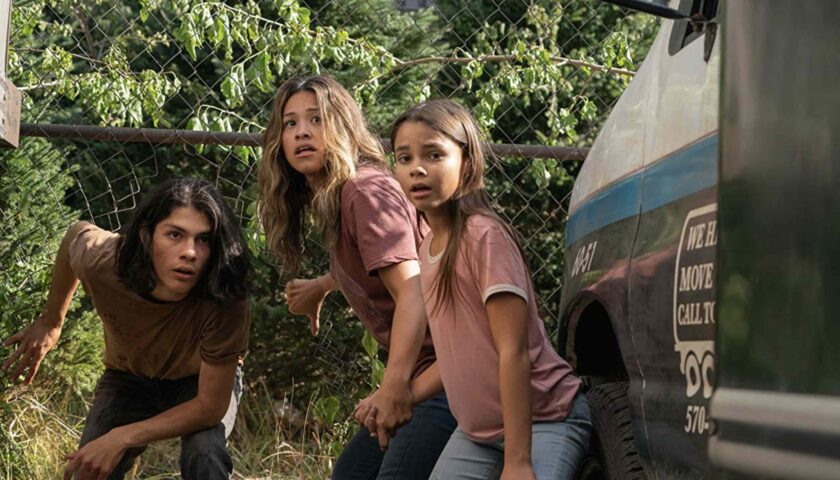 Some global activity wipes out electrical devices. people start losing their ability to sleep. but the interesting fact is a girl (Ariana Greenblatt) able to sleep but some people trying to kill her. Then her mother (Gina Rodriguez) Decided to protect her. The former soldier (Shamier Anderson) trying to protect them to find the cure.

Jane the Virgin and Annihilation star Gina Rodriguez is Jill, a military veteran dealing with addiction and struggling to keep her kids. Her children, Noah and Matilda, are played by Lucious Hoyos and Ariana Greenblatt, respectively. Hoyos has previously starred in Heroes Reborn and will appear in the upcoming Once Upon A Time in Staten Island, Greenblatt played young Gamora in Avengers: Infinity War, and she played Daphne on Disney’s Stuck In The Middle. Jennifer Jason Leigh, Barry Pepper, Frances Fisher, and Shamier Anderson round out the cast.

The trailer for Netflix’s film Awake, about a world in which no one can fall asleep, has dropped, and it’s anything but a yawn. The film stars Gina Rodriguez as Jill, a mother of two children, Noah and Matilda, who must fend for their lives when a catastrophe wipes out all the electronics on earth and unleashes global insomnia. No on on earth can sleep for days, threatening everyone’s mental and physical well-being – no one, except for Matilda, Jill’s daughter. Matilda may be the key to saving humanity, but at what cost to her own life?

In the trailer, Jill and Noah spend a sleepless night watching shooting stars – which turn out to be satellites falling from the sky. The next day, chaos erupts as they realize that every electronic device in the world has failed. Adding to the hysteria, whatever has caused this technological catastrophe has also resulted in humankind’s inability to fall asleep. As the days pass, the effects of insomnia fallow suit: disorientation, hallucinations, hysteria. But the survival of the human race may lie with Matilda, the one person on the planet who can still get get a solid 8 hours. Will Jill sacrifice Matilda for the good of her fellow man? It’s a waking nightmare, to be sure.

“Awake” premieres June 9th on Netflix. Check out the trailer below and let me know if you’ll be seeing it or taking a pass.