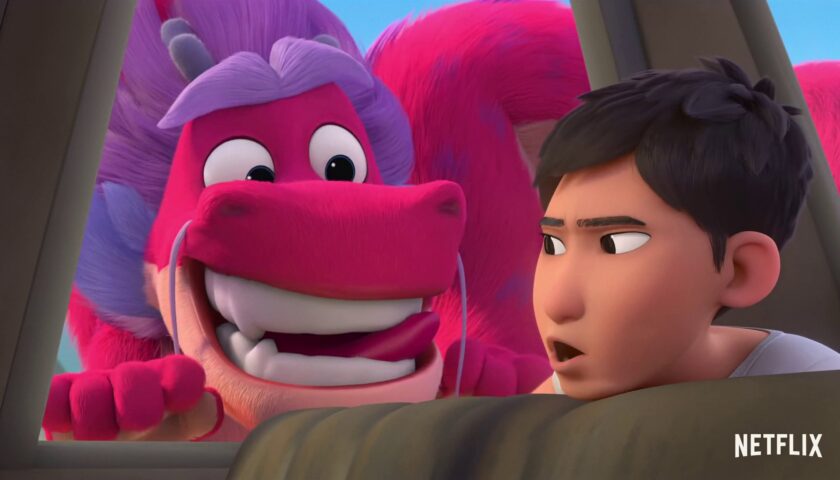 The Chris Appelhans-directed film follows a similar arc to Aladdin, where a mythical figure grants three wishes to the person who has unleashed it from its confines.

In the new Wish Dragon , Wong voices Din, a college student of meager means who is in search of his long-lost friend, Lina. Din accidentally frees dragon Long (voiced by Cho) from an ancient tea pot. Long then grants Din three wishes, and Din and Long take off through Shanghai on a quest to reunite the childhood friends.

It’s easy to see the similarities between Netflix’s Wish Dragon and Aladdin based on the new trailer for this new animated fantasy tale. John Cho follows in Robin Williams’ footsteps as a comical, eccentric spirit that grants three wishes to a young man. But the tale of Wish Dragon is based on a well-known Chinese fable that has notes of that folktale from 1001 Nights.

Directed and written by Chris Appelhans, who was inspired to make the film after a 2006 trip to China, Wish Dragon sees Din (Jimmy Wong), a college student of humble means who wishes more than anything to reunite with his long-lost friend. He then inadvertently unleashes Long (Cho), an all-powerful wish-granting dragon from a seemingly ordinary teapot, and the two embark on a journey across Shanghai to fulfill that dream.

Just like the genie of Aladdin, Long makes clear he can’t make people fall in love. But this seems more like a story about friendship than romance. There’s even a “do you trust me?” moment as Din asks his bestie Lina to surf down some stairs with him.