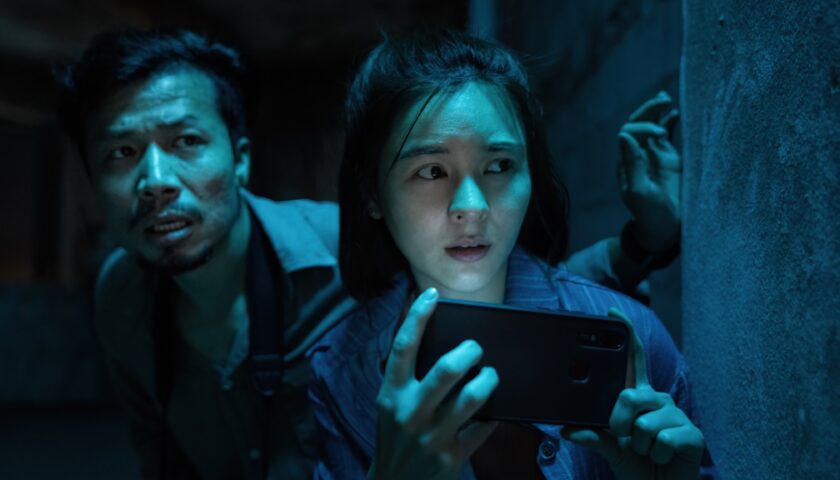 “Bangkok Breaking” is the thriller, suspense, exciting and gritty by Netflix original series, that is going to globally premiere on 23 September 2021. Bangkok Breaking is also the very first Thai series to be shot in HDR for full visual immersion.

The latest Thai national drama that will lead the audience on a dark mission in the shadow of a good man in the capital you would never know if you didn’t step in and experience it yourself. Along with a skilled cast, led by Weir Sukollawat Kanarot and Aom Sushar Manaying, under the direction of Kongkiat Khomsiri, with Prabda Yoon as the executive producer and director, and released the teaser to the audience waits and guesses before discovering the truth around the world together.

This is a 6-episode Thai action-thriller series that presents a picture of Bangkok from a different perspective. This will allow viewers around the world to reflect and find the answers for themselves. Whether this urban reality is a capital city or a fake city? In addition to the tense plot, it is considered another Netflix Series worth watching.

The production of this drama is also considered to be the first Thai drama shot in HDR format to maximize the taste in order to fully immerse the audience in each character’s emotions. Another plus point that makes this series perfect is the cast. In addition to the two main characters played by Weir and Om, the audience will also witness the skills of the quality cast together competing in this fierce role.

Netflix audiences around the world will find Bangkok modern and diverse, both as a large city filled with grand buildings and lifestyles of the community along the alleys through the story and character development of the drama “Bangkok Breaking”. This will reflect the possibilities of society in various aspects, both “white and black” as “light and dark” that showing the “good and evil” in the society.

Weir Sukollawat Kanarot as Wanchai, a provincial man who intends to travel to Bangkok with the arm find work, and earn money to send home to support his family. But he encounters an unexpected event that leads him down a dangerous street in the city. This is one of the highlights of “Bangkok Breaking”. This incident was a huge change for Wanchai who start his life with full hope when first come to the capital Bangkok, but until he sees his dream crumble before his eyes and has to face many stories that lead to things he does not want to do that are contrary to his thoughts and beliefs. That is the only way to find the truth and expose the perpetrators behind it all.

As for Aom Sushar Manaying as Kat, a young and passionate journalist who completely believes journalistic is the voice of the people, adding, “This film challenges Aom to play the role of a journalist with audacity and violent inside. Find out the truth through the world of volunteer rescuers and risk their lives to expose the secrets of influencers. Amidst a lot of pressure from those around and unpredictable dangers. I can assure you that “Bangkok Breaking” will definitely win every episode.”

How will the doubts behind the dark missions in the fake city be solved… We invite you to watch the drama “Bangkok Breaking”. The drama is a beautiful work of Netflix station along with the ingenious acting and other attractive looks of the Thai cast that will make you unable to take your eyes off the screen.