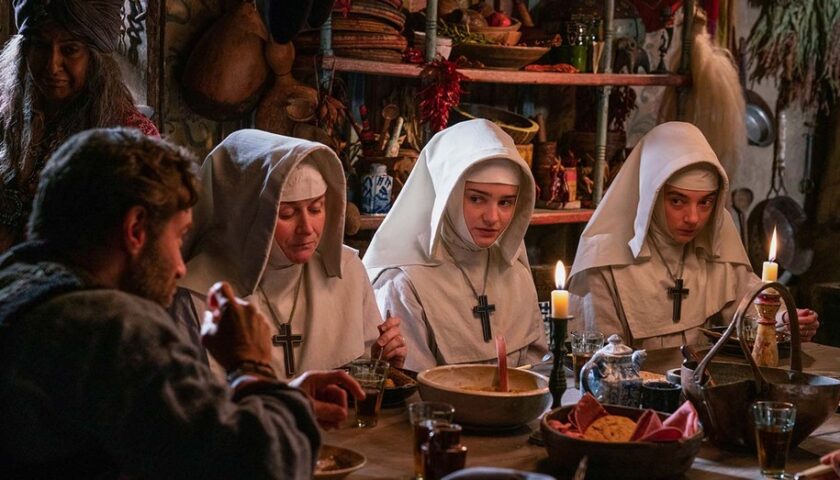 Black Narcissus is a story of ghosts, wind, faith, frustration, sexual tension and madness. The story has touches of gothic horror with nuns unraveling against a mountainous backdrop. The production values , period costumes and also by the maddening wind, which fills the sound design of the musical score it is extremely effective in this FX miniseries event remake of the classic 1947 film of the same name.

The underrated Gemma Arterton steps into the shoes of Deborah Kerr to play the role of Sister Clodagh, and she made the character her own. Arterton is a very talented actress. She conveys one individual’s inner conflicts within an organized religious group; and the suggestion that all the nun’s had lives before they became nuns and not all of them are suited to “The Life”. She adds depth and tension with her struggle with lust and temptation, regret, devotion, and cultural differences.Her acting superb.

As the deranged Sister Ruth (Aisling Franciosi) is fabulous in her role, falling victim to various desires and insecurities in ways that are heartbreaking.

The performances by Gemma Arterton and Aisling Franciosi sister Ruth (who starts to unravel from pretty much the minute she gets to the Himalayas) are superlative, their facial expressions revealing deep heartfelt emotion and pain.