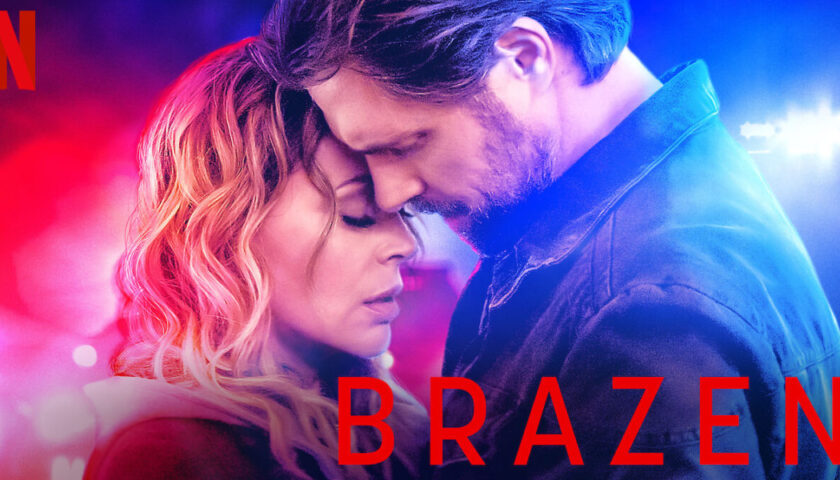 Netflix’s pursuit of Oscar glory has seen them throw money at some of cinema’s most celebrated directors.

But while the likes of Martin Scorsese’s The Irishman, Bong Joon-ho’s Okja and Alfonso Cuaron’s Roma have all been critically acclaimed, the battle between the streaming services and Hollywood studios means that Netflix is still to win the Academy Award for Best Picture that it so clearly covets.

During this time, though, Netflix has perfected making thrillers and romances that, while far from faultless, always do just enough to keep you entertained and watching. Brazen is the latest addition to this collection. But rather than falling into only one of the aforementioned genres, it actually combines the two in a rather seamless and riveting manner.

Based on prolific romance author Nora Roberts’ 2011 novel Brazen Virtue, this new film, which is out on Thursday, stars Alyssa Milano as Grace, a prominent mystery writer and crime expert, who hurries back to her family home in Washington after she receives a distressing call from her younger sister Kathleen (Emilie Ullerup). Once there, Grace strikes up a romance with Kathleen’s neighbour, cool-headed detective Ed (Sam Page).

However, her life is turned upside down when she returns home to find that Kathleen has been murdered. Soon, her sister’s double life as a webcam performer is also revealed and, despite Ed’s warnings, Grace can’t help but get involved in the case. She becomes even more invested in finding the killers after several more online performers end up dead, too.

From the very get-go, Brazen looks like a cheap thriller. Its music is cheesy, its cinematography is too bright and the screenplay is packed with unearned melodrama and obvious exposition. But then, once Grace arrives in Washington, the charm of its cast immediately helps to make Brazen much more watchable.

That’s mostly down to Milano, who as well as leading the film is also a producer. Not only does she create a strong sibling dynamic with Ullerup, so much so that the few scenes they have together give emotional heft to the rest of the film, but her and Page have a very cute and engaging chemistry, too.

Even though her character’s sister has been killed and she’s begun to interfere in Ed’s police work, both Milano and Page somehow maintain and build upon their rapport the longer Brazen goes on. It also helps that Brazen is boosted by several impressive supporting performances, most notably Malachi Weir as Ed’s very chill but funny supporting officer.

After patiently setting up the relationships that anchor the film, director Monika Mitchell also shows a dab hand with some of its more violent and atmospheric sequences, too. At the same time, Mitchell briefly explores themes of guilt, secrecy and the dangers of the internet but not in an overly profound or thought-provoking manner. However, it still adds some depth to proceedings that make the film feel richer and more intriguing.

Despite its qualities, you’re never unaware of Brazen’s limitations. Even though it tries to throw in several red herrings, it quickly becomes obvious who Kathleen’s killer is. Ultimately that doesn’t actually matter, though. Because while it constantly teeters on the edge of being too cheesy, Milano’s presence and Mitchell’s direction, especially in its final act, means that Brazen is always at least watchable.

Plus, with a running time of only 96 minutes, Brazen is the perfect, disposal romance thriller to enjoy on a weekend afternoon, and then instantly forget. Who needs Oscars, when Netflix has perfected the formula for lazy comfort watching?

Brazen is out on Netflix from January 13