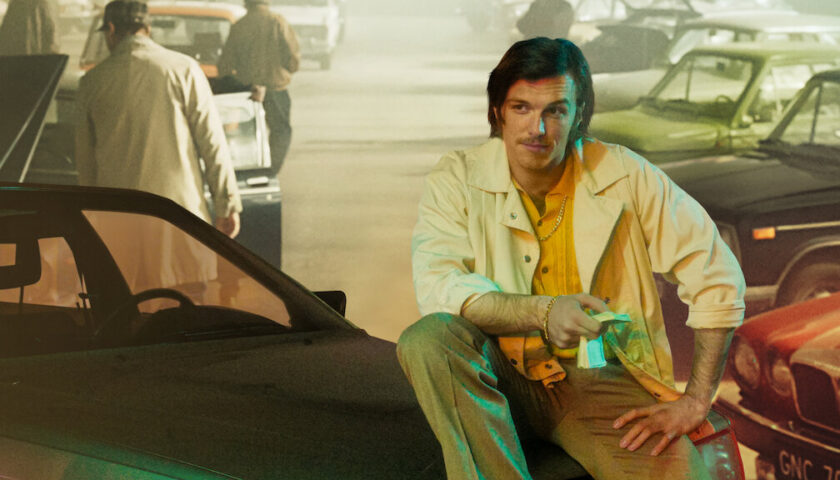 what he wants from life: money. Lot of money. He just doesn’t necessarily want to have to work for it, at least in a regular way. Instead, he finances himself through a series of less legal activities. It turns out to be particularly profitable to bring illegally acquired cars to his home country of Poland. That brings him some fame, not to mention wealth. But it also brings him a lot of trouble. Again and again he gets into conflict with the law, and sometimes sees a few bars from the inside. There would also be the competition just waiting to finally snag a good chunk of his business from him. And even in his private life things don’t always run smoothly…

And the Polish offensive at Netflix continues. After titles as diverse as the family adventure David and the Christmas Elves, the controversial horror sequel Nobody Sleeps in the Woods Tonight – Part 2 and the crime comedy Ready for a Murder have recently made it to us thanks to the streaming service, the latest addition is getting really epic. True, How I Fell in Love with a Gangsterofficially traded as a film. With a running time of three hours, you can question this division a bit, since some series turned out to be shorter. Although these hours can be justified in terms of content, after all, several decades from the life of a gangster are to be dealt with here. And that takes time.

However, it also takes patience. Director and screenwriter Maciej Kawulski is in no hurry when he unpacks the life story of the criminal. This is of course not uncommon in large-scale criminal biographies. The godfather was just as long. However, whereas the award-winning masterpiece told the story of an entire gangster family at once, there’s the true-story-based How I Fell in Love with a Gangster much smaller in scale. In fact, it’s mostly about Nikos and how he’s fared over the decades, both privately and professionally. Starting with the first relevant steps into the underworld, through the wedding, when everything seemed to come easy to him, to the inevitable crash. As it is now. Everything is finite, even a criminal career.

For those affected, the turbulence is inevitably not always very pleasant. As a spectator, you can at least have fun with it at times. It is unusual that Kawulski breaks through the fourth wall again and again. He also uses voiceover and the like to ensure that there is a bit of variety in the long-term portrait. And then there is the woman who is shown right at the beginning and who is not initially clear who she is supposed to be. However, it is already clear that it is important. Somehow the title How I Fell in Love with a Gangster has to be justified. But don’t expect too much romance. There are simply too many women who show up to him at some point.

Nikoś is therefore less of a hero, even detached from his criminal machinations he is morally flexible. Despite this, How I Fell in Love with a Gangster tries not to make him a pure villain, but also to show what drives him and how he was able to make it this far. Together with the historical component, when the film looks back at the German-Polish development, and the atmospherically pale pictures, there is already a lot in it that is worth watching. Nevertheless, the three hours drag on. Even if the Polish crime drama has entertaining moments from time to time, main actor Tomasz Wlosok shows his presence and gets lost in his role: In the end, that’s just not enough for this format.