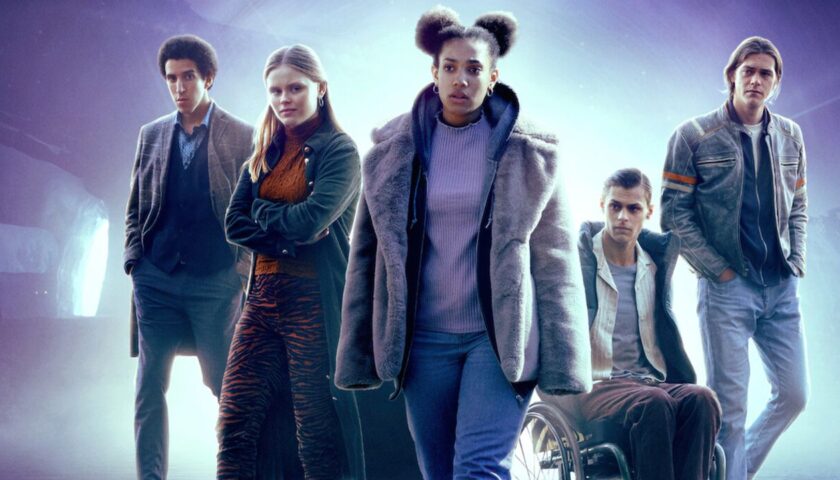 Netflix has an abundance of extraordinary sci-fi projects and they always keep on adding more to cater to their subscribers. From ‘Lost in Space’ to ‘Dark’, the streaming platform has everything for everyone. The world’s leading streaming service has added one more sci-fi project to its catalog and it’s none other than the Danish series ‘Chosen’.

The Danish coming-of-age sci-fi series revolves around a young girl named Emma (Malaika Berenth Mosendane) who is trying to unravel the truth about a meteor that crashed in her hometown of Middelbo 17 years ago. Another group of youngsters is also trying to do that. They believe that the story of a meteor crash is a lie and something even more dangerous happened at that time. As we move forward, it turns out that there are extra-terrestrial beings present in the town who wants to take over the planet. However, Emma is trying to understand why mysterious things are happening to her and why she is the key to everything. This is the main premise of the show and it mainly focuses on Emma and how she is learning so many secrets about her.

First and foremost, this is a coming-of-age series where youngsters find out who they are and what they want in their lives. Till now, they have been making easy decisions but the time has come that the group of youngsters needs to make some decisions that would define them. Like Emma is confused if she wants to be with a girl or a guy. Although we do see taking a decision in the end, it’s the journey that makes a mature person.
However, for most of the part, Emma is trying to find her true identity and why she was chosen to witness everything that’s been happening. Emma is called by her science teacher Hans (Henrik Prip) to his home and it turns out that a mystery man has also arrived there. Hans wanted to tell her something important, but he killed himself before he could tell her everything.

Things get intense as the series moves forward and the motives of some people come forward. Mads (Albert Rudbeck Lindthardt) is obsessed with this matter and believes that a company called Astraeus has come here because the town has beings from outer space. Meanwhile, Marie (Andre Heick Gadeberg) is also a part of the group that falls in love with Emma. Elsewhere, we have Frederik (Andreas Dittmer) who is falling in love with our protagonist.

The best part of the show is that even though it’s about youngsters, the way these young people take the task at hand is really amazing. Another thing that is magnificent is that viewers get to know about characters in a detailed manner. So, you relate with them and feel for them whenever they feel broken or betrayed.

A well-written story is the show’s strength. Episode 1 might seem a bit slow, but it picks up pace during the end moments. After that, the series soars high because of great storytelling and well-crafted characters. The series also has some of the stunning visuals for a sci-fi show.

Malaika Berenth Mosendane is the breakout star of the show and delivers an amazing performance as Emma. She has laid a strong foundation for her acting career and we can’t wait to see her in future projects. Andrea Gadeberg is another performer that captivates everyone’s mind with subtle performance. Meanwhile, Andreas Dittmer, Albert Rudbeck Lindthardt, and Mohamed Djeziri give brilliant performances in their respective roles.

However, Anders Heinrichsen’s performance as Lukas will surely take your heart away. He is fierce, stunning, and menacing in almost all the scenes that he is in. Line Kruse as Lykke gives another emotional performance that makes us realize why she is one of the prominent names in the Danish entertainment industry.

All in all, Netflix has added one more winner to its briefcase with ‘Chosen’. Last year, we saw ‘Post Mortem: No One Dies in Skarnes’, a Danish black comedy, taking the world by storm, and this year, it is ‘Chosen’ who has achieved the same feat.

It’s one of those shows that will take you on an enthralling with some good twists and turns.