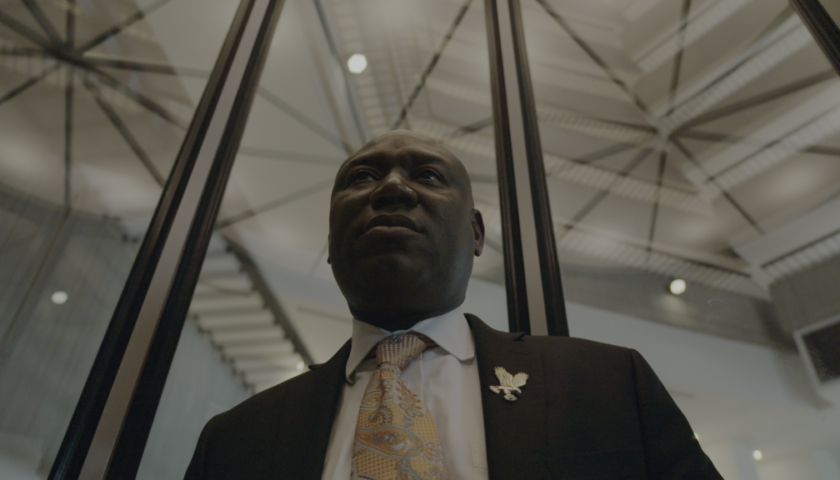 The Netflix documentary Civil: Ben Crump follows civil rights attorney Ben Crump, who often represents marginalized clients in wrongful death, injury, police brutality and discrimination lawsuits. Director Nadia Hallgren follows Crump and his various cases, including his most high-profile one against the city of Minneapolis for the death of George Floyd. The documentary is filmed against the backdrop of this historical case while showing how Crump handles these tragic events that captured the full attention of Americans and the international community.

The film, which premiered at the Tribeca Festival and opened the American Black Film Festival on Wednesday, begins with Crump in the shadows. He’s on a call from one of Floyd’s family members, who is begging for his help. This is the lawyer’s life daily, on the phone, traveling, organizing and talking to families while maintaining his personal life. From his hero Thurgood Marshall, Crump learned to always argue for justice and never keep quiet when facing injustice. Many argue about his sincerity. Is he doing this for the good of the people? Or for superficial reasons?

In the beginning, the attorney specialized in personal injury lawsuits which, according to him, does garner more income — it’s why he’s been asked by his law partners to quit civil cases. Other types of cases bring in more money and are more than likely safer for his physical and mental health. As a Black civil rights lawyer, you better believe he receives death threats, harassment and vitriol from Fox News, which calls Crump an instigator and a disruptor.

Isn’t that the point, though? It’s his job to disrupt a system that is resistant to change and deliver justice when it’s due. At least in this profession, he can help those in need find the truth and maybe get financial compensation. He’s a man who acknowledges that two justice systems exist simultaneously: One that favors wealthy white people, and the one for everyone else. In the face of juggling different types of cases, he remains stoic through it all.

From a filmmaking standpoint, Civil would have benefited from one train of thought instead of jumping from person to person and case to case. Seeing the entire process from the cradle to the grave is the most intriguing part of being a lawyer — for someone who isn’t. Since the film opens and closes with moments from the Floyd case, why not show viewers the logistics and legalities, from gathering evidence, speaking to families, dealing with the press, and how his family adjusts to his being gone? The plot seems to unfold in a series of vignettes more than a complete film. I sense the director wanted to stuff in as many details about his life, but with someone like Crump, you want to see him in action, not floating from place to place.

Thank goodness for someone like Ben Crump. So often, these families are working-class, or people who are just above the poverty line who need help defending themselves against systemic racial injustice and have no one to turn to. He sacrifices so much for the Black community. The man is constantly on the road away from his family and misses milestones in his daughter’s life because he realizes that his work is bigger than him. Civil shines a light on how often Black people are abused and disenfranchised by institutions that are designed to support and protect them. Hopefully, Crump isn’t just one of few. We need more people like him, who aren’t afraid to fight for what is right.