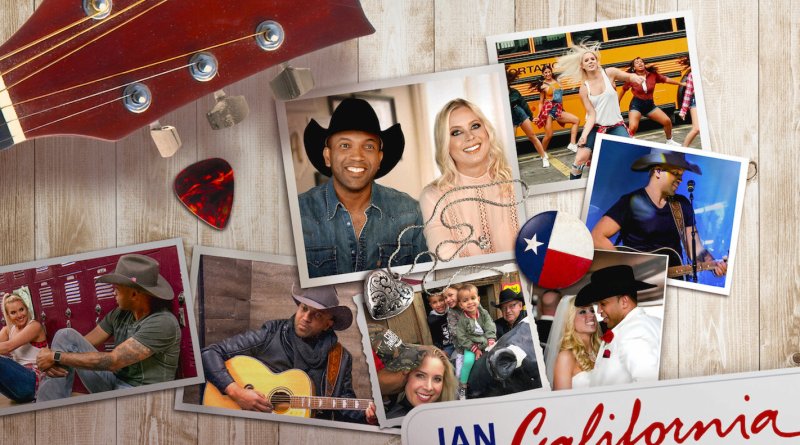 Country Ever After  (formerly known as Country-ish) is a feelgood, sitcommish reality show about the Andersons, a family of faith who appreciates its blessings even as it’s going through some pretty severe trials. Coffey Anderson is a country singer and his wife Criscilla is a hip-hop dancer. They have three adorable kids. But their story isn’t just about cute family stuff, as Criscilla is also in the middle of treatments for Stage 3 colon cancer.

We see a Facebook video on country singer Coffey Anderson’s page; it’s of him and his wife Criscilla in bed. He asks her what “Y-E-S” spells, and she of course says “Yes.” But when he says “What does E-Y-E-S spell?” she says “E-Yes?” instead of “Eyes.” That video got over 50 million views.

Coffey Anderson is a self-made country star, who moved from Texas to Los Angeles after he married his wife Criscilla, a Las Vegas native who’s a hip-hop dancer (oh, just for the record: Coffey is Black and Criscilla is white, but that doesn’t have anything to do with their fame, at least we hope not). They’ve been together since 2008, married since 2010 and have three really adorable children: Everleigh, Ethan, and Emmarie (Coffey also has a child from a previous marriage, not seen on this show, at least not in the first episode).

The blessings are, of course, their marriage and children and the fact that they can both provide for their kids. But Coffey is also thankful for his career, which he built via social media without a record contract. He’s a little upset that both the CMA and the Recording Academy have frozen him out, but he also loves the personal connection he has with his fans, like when he records himself playing a personalized dedication a man wants to give to his girlfriend right before he asks her to marry him.

The trials have to do with Criscilla’s health; at the time the show started filming, she was just completing chemotherapy to fight Stage 3 colon cancer, and while the Andersons know that she has the strength to fight it, they still have to figure out a way to communicate the battle to their young children (they know she’s been sick but not about the cancer). But, as the first episode shows, she’s still dancing, he’s still singing and the family still has their faith, as we see when Coffey gives his testimony at Ethan’s school.

Reality sitcoms don’t have to play by the same rules as other reality shows to be successful. As long as the people at the center of the show are charming and have a lot to say, there doesn’t need to be a lot of cattiness or table-flipping conflict in order for it to be entertaining. Country Ever After is a show that doesn’t aspire to be anything but an inspiring, feelgood show. Despite the fact that it does deal with some heavy issues, namely Criscilla’s cancer, the show keeps things light and airy.

That is sometimes to its detriment, as there’s nothing to really keep our interest besides watching their cute-as-heck kids or the amazing chemistry the two of them have after ten years together. But, that may be enough; sometimes you just want something light and airy to watch while you wait for election returns to come in or are transitioning between one dirge of a prestige TV show or another. The Andersons are appealing enough to provide that distraction.

What we appreciate is that the family’s religiousness isn’t hammered over our heads. Coffey and Criscilla joke with each other all the time, and they’re both willing to show themselves in less than ideal lights — like Criscilla with the “Eyes” mishap and Coffey confusing chlorophyll with chloroform.