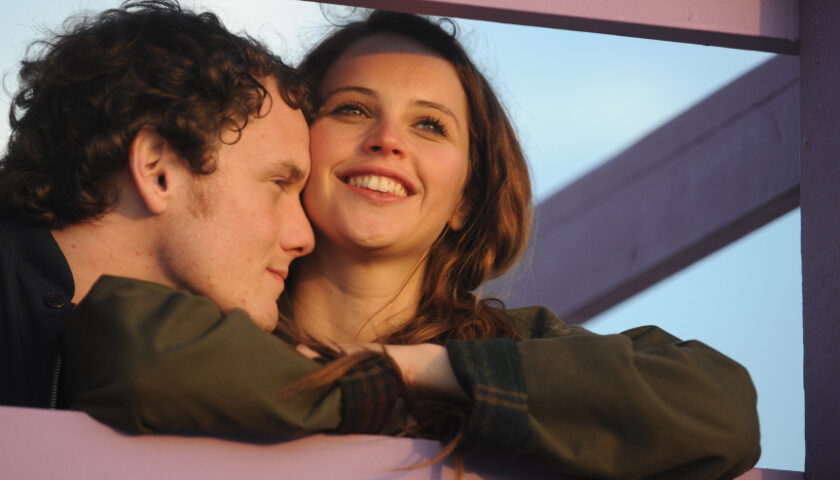 Crazy about her is Dani de la Orden’s new film starring Alvaro Cervantes and Susana Abaitua . This new original comedy can be seen on Netflix from February 26 .

After spending the best night of their lives together, Adri ( Álvaro Cervantes ) and Carla ( Susana Abaitua ) promise never to see each other again. But he can’t let the girl of his dreams escape, and finds Carla at the mental health center where she lives. Madly in love, he decides to pose as one more patient to win her over. But, once inside, he discovers that his love story is not what he expected, and that it will not be so easy to get out of there. ( Filmin )

Once seen Crazy for her, you may think that this is an original idea, but the truth is that it draws from a great inspiration . The novel “The twisted lines of God” by Torcuato Luca de Tena, which deals with the story of a spy who sneaks into a psychiatric center causing oneself to doubt whether in the end she suffers from a mental illness or not. There is even a Mexican film adaptation made in 1983.

However, Crazy About Her just takes the idea and renews it, which is part of creativity. In addition to mixing it with humor and love which makes it remain a fresh and appetizing idea.

Crazy about her stars Álvaro Cervantes (Three meters above the sky) who plays Adri and Susana Abaitua (Homeland) who plays Carla. Both manage to play a very good performance that accompanies the comedy and the quick dialogues , although Álvaro Cervantes stands out more for carrying the weight of the story and doing it in a more natural way.

Every time we listen to Spanish romantic comedy, we tend to trigger our prejudices. We think this is going to be about inappropriate, poorly constructed and humorless jokes. But the truth is that Dani de la Orden has shown, sometimes better than others, that he knows how to do humor and in Crazy for her he manages to find a suitable point without abusing it, creating a more intelligent and careful humor.

In his film “ Barcelona, ​​winter night” he makes drama predominate over comedy, in “Until the wedding do us part”, on the contrary, it seems that comedy is ahead of drama and in Crazy for her , he manages to establish an almost perfect balance between the emotional and laughter . Dani de la Orden knows that he has an advantage, and therefore uses mental health as an easy but effective way to provoke empathy. But at the same time he knows where the limit is and does not abuse it . The same thing happens with comedy, which being a sensitive subject, he is careful not to confuse the humor he tries to do.

As for its technical aspects, there is not much to highlight. Crazy about her has an adequate realization with a simple photograph, it is not complicated by the use of colors or the game of lighting, it does not serve as a companion to the story. Although it is true that in the parts of emotional relief that are accompanied by music, it creates a photographic style a little more worked, although without taking much longer.

These musical parts serve as a break at the very fast pace that the film takes during its 100 minutes. Especially the first scenes that on the one hand make you get hooked but on the other hand they do not allow you to get to connect with each scene and feel too unreal.

you understand what you want to do, a reflection on mental health and your will. But his way of introducing it does not stand out for its naturalness. That part of Adri’s personality, exemplified by phrases taken from a Mr. Wonderful book, is written and shoehorn. It is a part that can become tense and make the viewer disconnect from what was on the right track so far. It gives the feeling that sometimes she doesn’t even take herself seriously.

A reflection is exactly that, a long exposition of an idea, but that in Crazy About Her is an easy and superficial way that it does not contribute. It is an unreal idea of ​​the situation, so it was necessary that he not only tried to convince the characters, but also the viewer, who anchors him to reality.

The importance of mental health could also have been claimed and harnessed. Although in the opposite case, abusing the situation to exploit empathy is a widely used resource and nothing new.

Mixing comedy, love, and mental health can be a very dangerous idea. But Netflix has managed to run it well. Crazy about her is an entertaining idea with a good cast and with the chaos that usually predominates in Dani de la Orden’s comedies. It leads us to an interesting reflection, which makes you enjoy and reminds you that wanting is not power, wanting is accompanying and trying again and again and again.