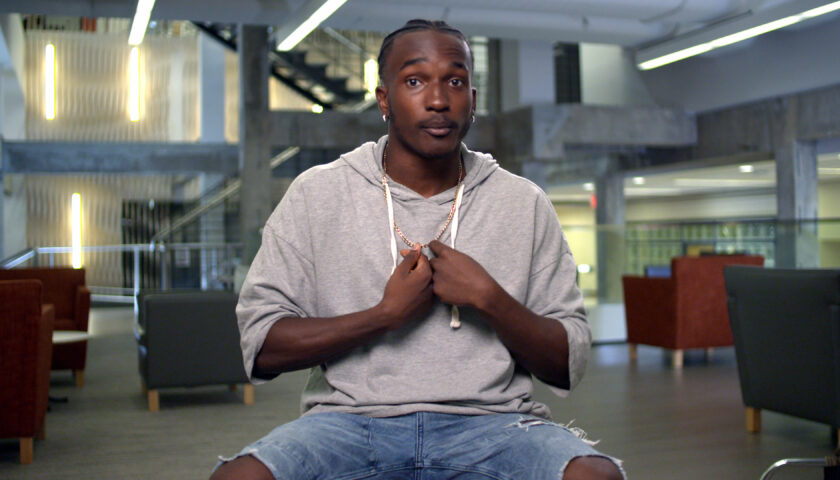 If you’re looking for a new, addicting show, Netflix has just the thing!

Deaf U is Netflix’s newest docuseries and you’re going to want in on this! Releasing on October 9th, this series follows a tight-knit group of deaf college students attending Gallaudet University in Washington D.C. This private college for the deaf and hard of hearing contains a small community with a boatload of gossip!

Focusing mainly on the lives of students Alexa Simmons, Daequan Taylor, Cheyanna Clearbrook, Renate Rose and Rodney Buford, viewers get an inside look at their real lives. Following the students through hookups, struggles, emotions, and more, this raw series doesn’t hold back.

I’ll be honest, the start of episode one threw me a bit. Right off the bat there was a large emphasis on dating and hookup culture. It seemed very surface level and I was worried I wouldn’t grow attached to any of the cast.

Well, boy was I wrong. By the end of episode one I realized this series would be far from surface level and by episode two I was absolutely hooked. We dive head first into the lives of different students, jumping from person to person, yet never losing track. Each member’s life is vastly different, but they are all brought together through the small community of which they are a part of. We follow an influencer, a player (or two), hopeless romantics, and more.

May I just emphasize that this show is steamy! College students living their fullest lives, partying, and trying new things. There are many surprises along the way and moments that will make you laugh out loud. With this being said, the show does a wonderful job of balancing gossip with personal struggles. Highlighting the deaf community’s struggles and culture is a key point of the series. This mixed with the individual backgrounds of each cast member allows for a very diverse cast. I can guarantee that you will relate to at least one person, which makes this reality series refreshing to watch.

If you’re still not sold on this show, might I add that it is executively produced by Nyle DiMarco. DiMarco is reality show royalty to say the least. Having won America’s Next Top Model and Dancing with the Stars. He also graduated from Gallaudet University, giving him a personal connection with the series.

I really loved watching this series and highly suggest checking it out!

Season one of ‘Deaf U’ will be released on Netflix on October 9th, 2020. You can check out the official trailer below.