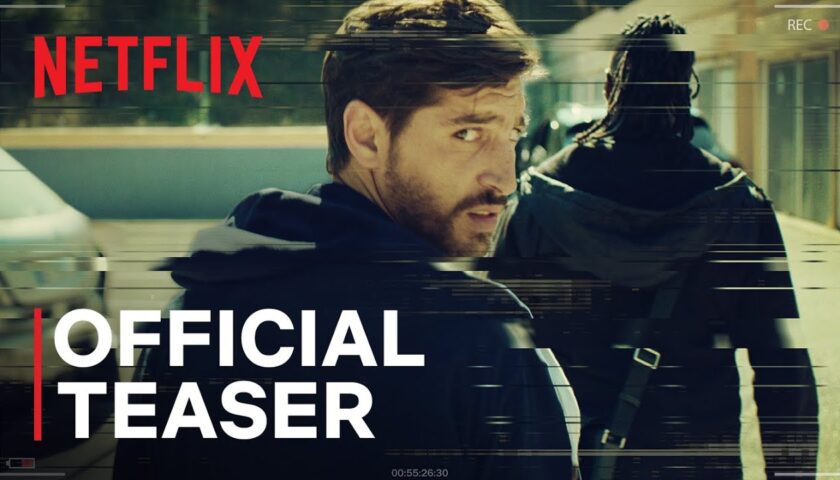 This review of Netflix’s Dealer season 1 contains no spoiler — the crime series will be released on the streaming service on March 10, 2021.

What Dealer tries to do is use the first-person perspective with its camera work by using a director and a cameraman to record “the work”. We’ve seen this concept plenty of times, and more famously, Cloverfield used the handy-cam view, with all the shaking. I’m not against this approach, and it can make for good viewing. This Netflix series takes this camera work realistically, with each episode only running for 10 minutes, giving the essence that the director and cameraman were making cuts.

The film follows a music video director, Franck, and his companion Thomas, trying to film an aspiring rapper named Tony, an unpredictable drug gang leader trying to break into the rap scene. What follows is a bloody gang war but a strange opportunity for Franck to record it all. The opening episode sees the shock set in as Franck realizes that the opportunity is not a straightforward day of recording a rapper throwing his hands — he and Thomas are in genuine trouble as shots are fired in the hood. Dealer is an experimental, first-person perspective crime thriller that attempts to take the audience on a ride.

And in many ways, Netflix’s Dealer sets out what it’s trying to achieve. It never loses energy, and it never loses focus. Within the 10 episodes, we witness character development that does not feel fudged in; Franck moves from shaking music video director to seeing a grand opportunity to capture something raw; Tony reveals himself to be a conflicted man who is desperately trying to remove himself from the game, but the game keeps pulling him back. Dealer puts the audience on the road to a bubbling war, and one that is indicative of what really goes on.

As mentioned, Dealer season 1 uses the cameraman’s footage to tell the story, coupled with a GoPro for good measure. However, the series does struggle to maintain realism with this concept. There are plenty of scenes where it pulls away from the footage. It’s not easy to believe that the cameras captured everything that happens; the series slowly turns into a hybrid of first-person footage and normally recorded scenes. It’s obvious that the initial idea felt too ambitious, so the production team had to settle for a middle ground.

At bite-sized episodes, Dealer is not a waste of time, with a high-energy journey through the hood. Everything happens so quickly.