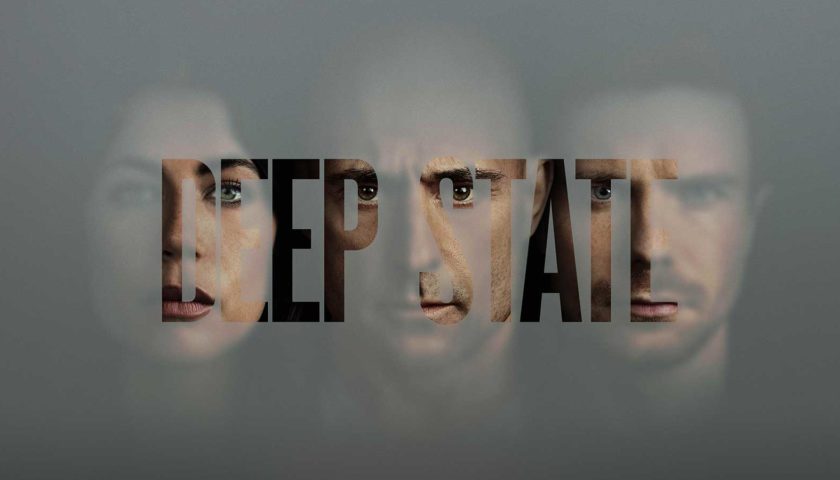 Review: Fox is very keen to stress that Deep State is the first original production by its Europe & Africa division, the most obvious sign of which is that none of it was shot in New York or LA. But it has clearly been designed as a sleek international thriller with bags of export potential (it’s already being sold in the US and Europe, and series two is in the works), a kind of Jason Bourne-meets-The Night Manager.

It may not be the most original show to have walked the face of the earth, but it packs a heavyweight cast and oozes cinematic gravitas with its luxurious photography and atmospheric locations, with Casablanca providing locations for the story’s complex Middle Eastern shenanigans. The star of the show is Mark Strong as retired British intelligence agent Max Easton, dragged out of a decade-long retirement in picturesque rural France with his wife and kids for that familiar “one last mission”. Just like the ageing Michael Corleone, he thought he was out but they pulled him back in (pictured below, Karima McAdams as MI6 agent Leyla Toumi).

Deep StateWriter and creator Matthew Parkhill admits he’s a big fan of the movie Syriana, a fiendishly involved story about oil, global corporations, intelligence agencies, the arms trade and Middle Eastern politics. Amusingly, if that’s the word, Mark Strong got to pull George Clooney’s fingernails out in Syriana, and he does it again to a Lebanese bloke called Hassan Nassor in Deep State.

Therefore you might not categorise Easton as a nice guy, but now he’s older and sadder, he sees all too clearly the dark and dirty underbelly of the covert world he wishes he could leave behind. The action kicked off with a team of undercover assassins in Tehran, apparently on a mission jointly sponsored by MI6 and the CIA to exterminate scientists working on the Iranian nuclear programme. They think they’ve achieved their stipulated tally of corpses, but then they’re unexpectedly given a new target, the international steel magnate Ali Ardavan. But they’re thrown into confusion by the discovery that one of their team, Omar (Tom Reed), evidently already has his own mysterious relationship with Ardavan.

It looks like the story is set to plunge into the murky innards of the West’s exploitation of war in the Middle East for commercial gain (Ardavan has just purchased a 10 per cent stake in an American engineering corporation called Green Walsh), but it’s more intimate reasons which force Easton back into the field. His old boss George White (Alistair Petrie, familiar from The Night Manager), who runs an MI6 unit called The Section, none too subtly threatens Max’s wife Anna (Lyne Renée) and two daughters to get him running back to London for a briefing.

Worse follows – according to George, Max’s son Harry (Joe Dempsie, from Skins and Game of Thrones, pictured left) has been killed in Iran while working with the MI6 team, and George has a photo to prove it. George’s story is that Said, the team leader in Tehran, has “done a Colonel Kurtz” and gone rogue. If Max ever wants to get back to his idyllic home life, where he poses as a retired banker, mixes laid-back parenting with his relaxing woodworking hobby and tends his agreeable wine cellar, he must go in and terminate the treacherous agent, or agents. Besides, surely he wants to avenge his dead son?

Max has little choice but to comply, but it soon becomes apparent that George has been economical with the truth. In fact he may have withheld it altogether. Max is plunged into a looking-glass world where he can trust nobody, except possibly his old comrade-in-arms Gabriel (Fares Fares), who now, aptly enough, works as an undertaker in Beirut. He may start to find he has more business than he can handle.